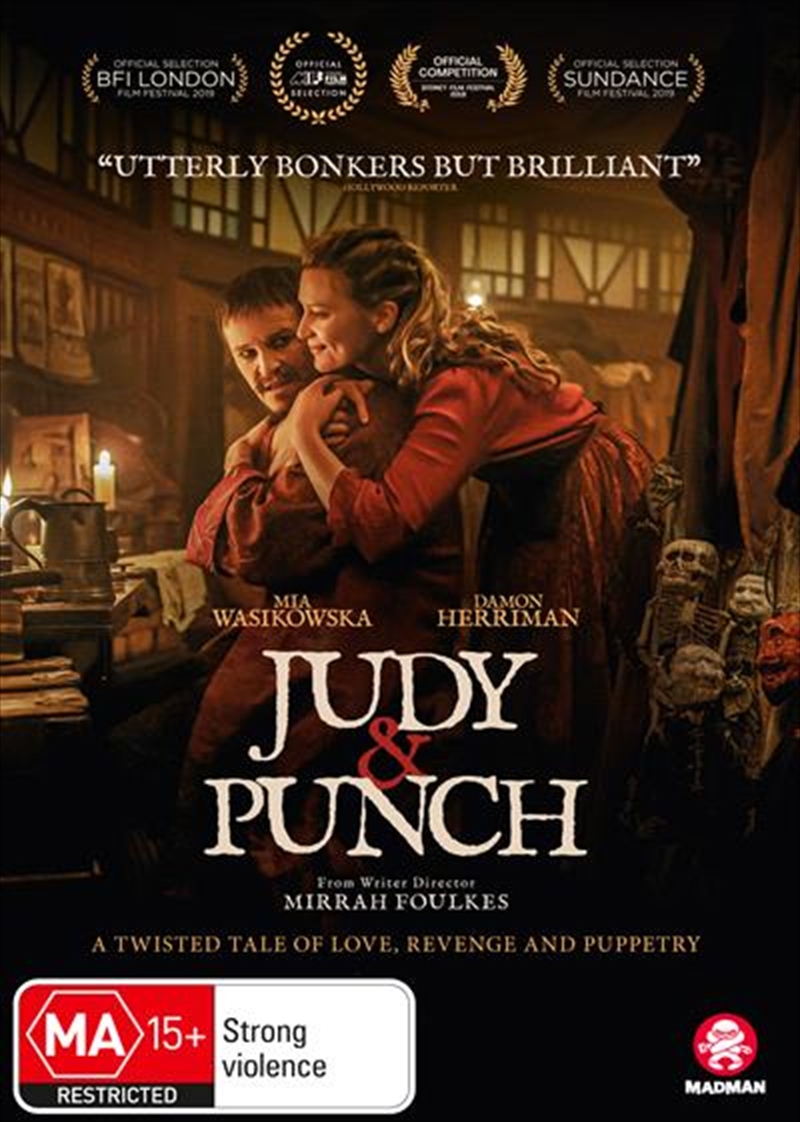 In the anarchic town of Seaside, nowhere near the sea, puppeteers Judy and Punch are trying to resurrect their marionette show. The show is a hit due to Judy's superior puppeteering, but Punch's driving ambition and penchant for whisky lead to an inevitable tragedy that Judy must avenge. In a visceral and dynamic live-action reinterpretation of the famous 17th century puppet show, writer director MIRRAH FOULKES turns the traditional story of Punch and Judy on its head and brings to life a fierce, darkly comic and epic female-driven revenge story, starring MIA WASIKOWSKA and DAMON HERRIMAN.
TRAILER
DETAILS