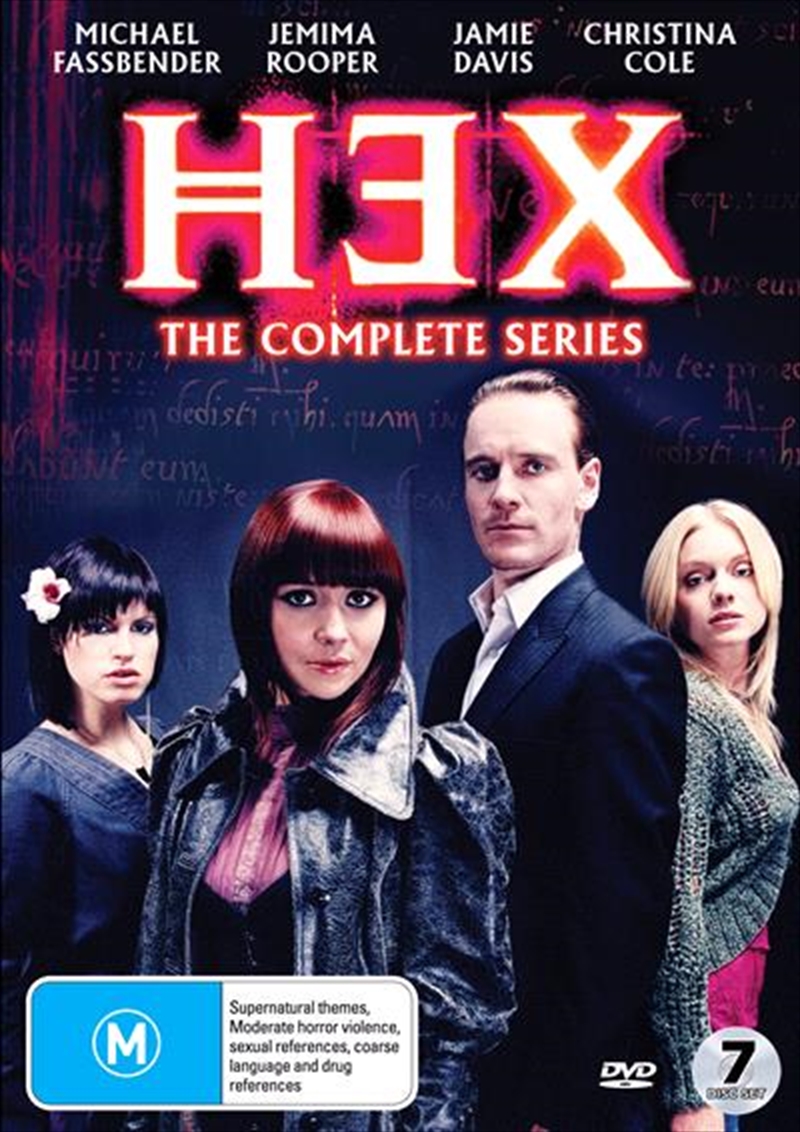 Originally billed as U.K. TV's answer to Buffy the Vampire Slayer and Charmed, the supernatural drama Hex is a coming-of-age story dressed in Gothic trappings. Christina Cole stars as Cassie Hughes, a young girl enrolled at Medenham Hall, a private school that once housed a coven of witches. Cassie, who struggles to fit in with her elitist and over-sexed classmates, discovers that she's even less like them than she thought when she develops telekinetic powers. The onset of these powers attracts the attention of Azazeal (Michael Fassbender), leader of the Nephilim (the fallen angels of the Bible). What follows is a broad and frequently stylish soap opera that pits Cassie and her roommate Thelma (Jemima Rooper, who steals many scenes), who happens to be a ghost, against Azazeal as he attempts to control Cassie's body and soul--quite literally, as his plan is to impregnate her in order to allow the other Nephilim to invade the corporeal world.
DETAILS