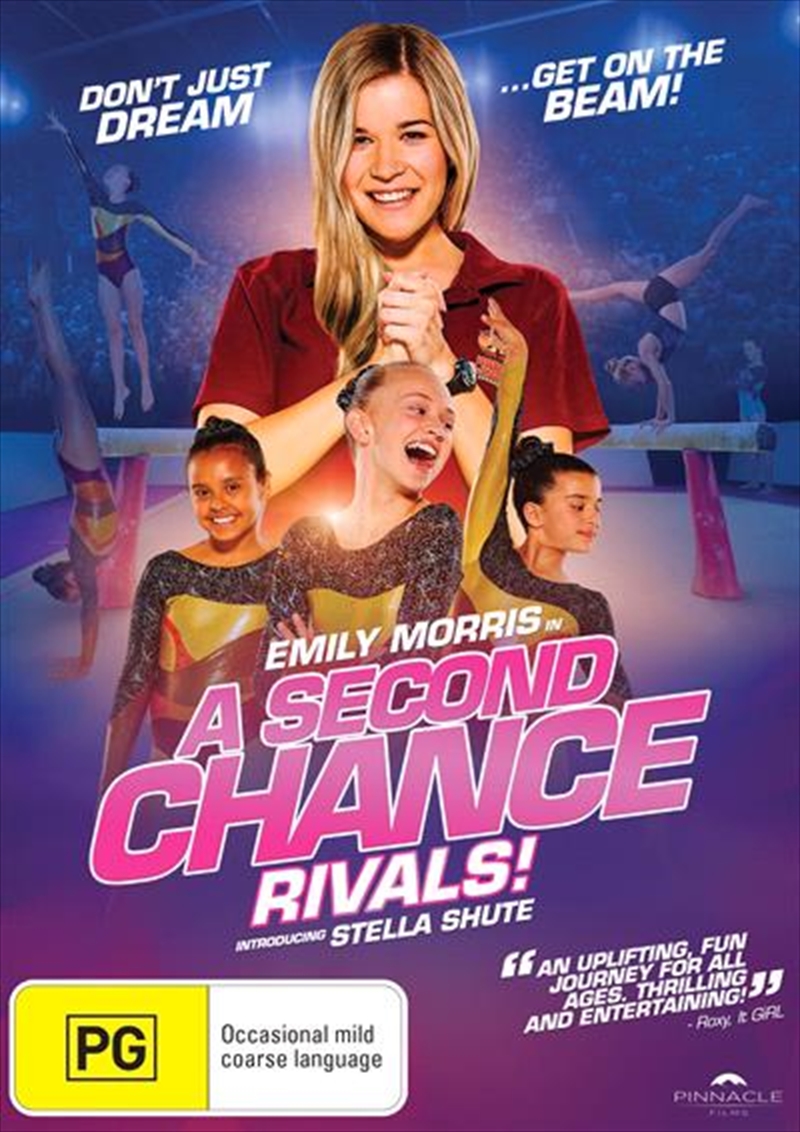 Gymnastics star Maddy Cornell (Emily Morris) plans a change when she doesnt qualify for theAustralian Gymnastics Olympic team.She hopes to rediscover her passion for gymnastics by coaching a new team of young gymnastsfrom a local country club, including boisterous and confident squad leader Tess (Stella Shute).As Maddy focuses on taking the team to the State Championships, she soon learns that the coachof a rival city team is none other than her old frenemy from her competition training days, Becky(Elysia Markou).Can Maddy, Tess and the team overcome the challenges ahead on the way to the finals? Its acountry girls versus city girls showdown, as the team go to the mat in A SECOND CHANCE:RIVALS!