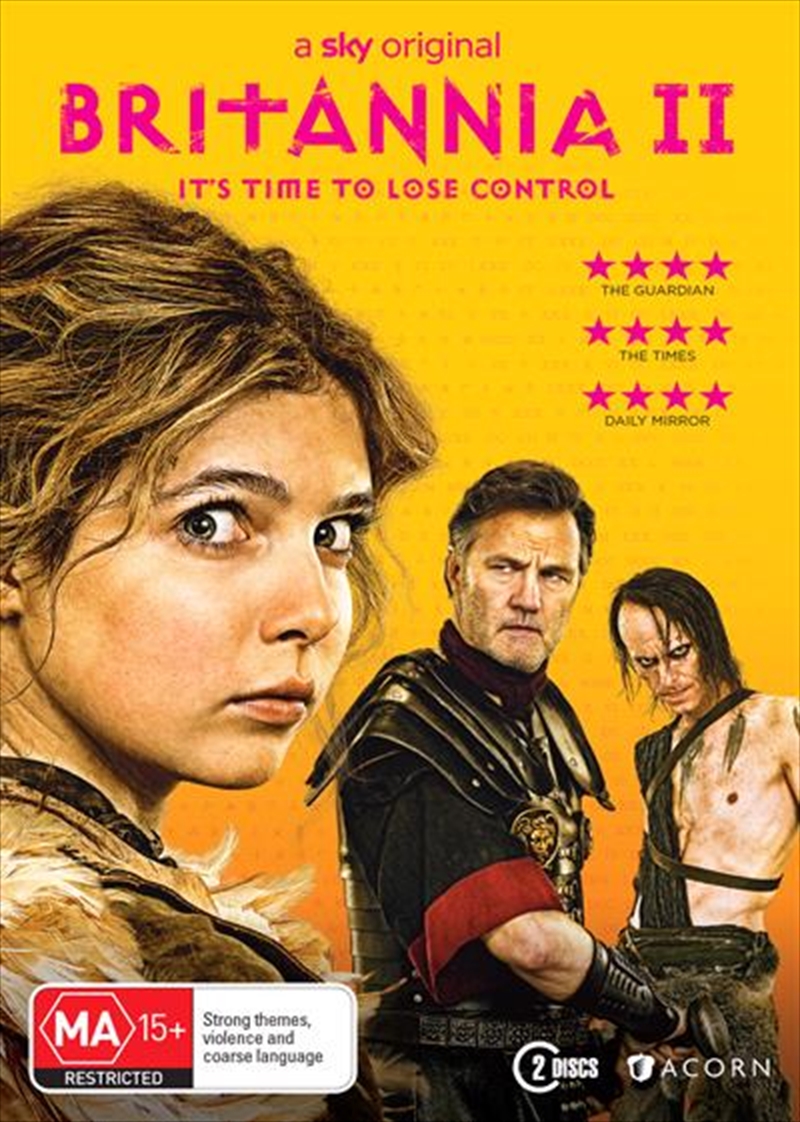 DESCRIPTION
David Morrissey (The Walking Dead) and Kelly Reilly (True Detective) star in an epic and cinematic new nine-part drama from award-winning writer Jez Butterworth (Spectre, Jerusalem). Sky's most ambitious drama ever, it's packed with action and emotion and is produced by Vertigo Films (Bronson, Monsters) and Neal Street Productions (Penny Dreadful, Call the Midwife). When the Romans invade Britain in 43AD, Kerra (Reilly), daughter of the King of the Cantii, is forced to put her differences aside with arch-rival Queen Antedia (Wanamaker) to face their invaders. The Romans, led by General Aulus Plautius (Morrissey), are determined to succeed where Julius Caesar failed and conquer this mythical land at the far edge of the Roman Empire. Aulus is a strong and resilient leader, but harbours a deep secret that threatens his mission. As tribes and Druids unite to fight the Romans, Kerra is thrust into the most important role of her life as she spearheads the resistance against the might of the Roman army.
DETAILS