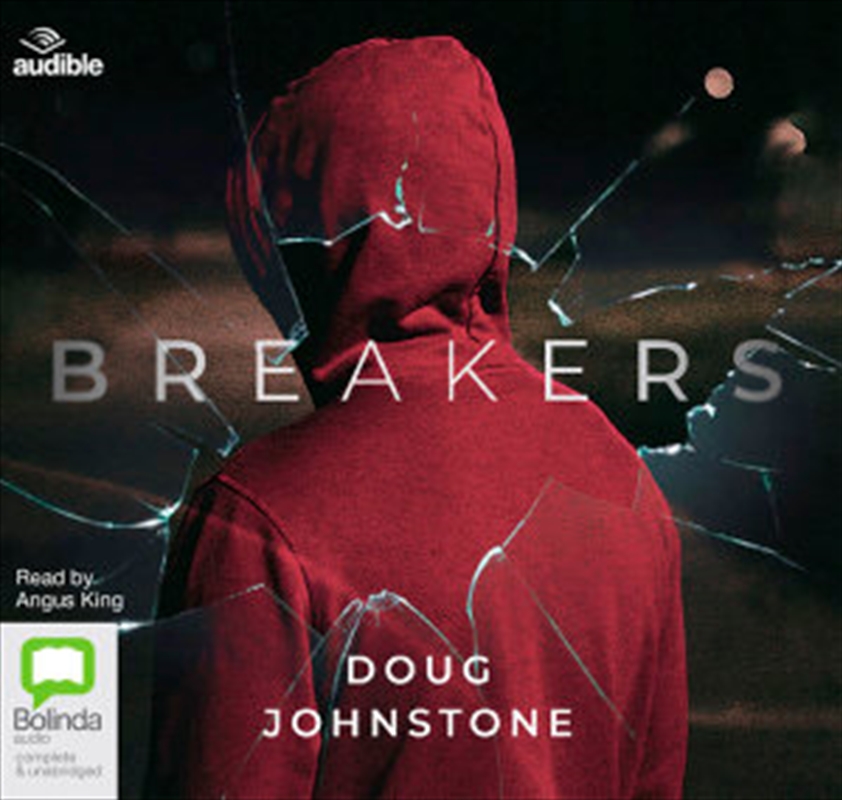 A pulsatingly tense, deeply moving and devastatingly dark psychological thriller from the number one bestselling author of Fault Lines.

A toxic family … a fight for survival…

Seventeen-year-old Tyler lives in one of Edinburgh’s most deprived areas. Coerced into robbing rich people’s homes by his bullying older siblings, he’s also trying to care for his little sister and his drug-addict mum.

On a job, his brother Barry stabs a homeowner and leaves her for dead, but that’s just the beginning of their nightmare, because the woman is the wife of Edinburgh’s biggest crime lord, Deke Holt.

With the police and the Holts closing in and his shattered family in devastating danger, Tyler meets posh girl Flick in another stranger’s house and he thinks she may just be his salvation … unless he drags her down too.

A pulsatingly tense psychological thriller, Breakers is also a breathtakingly brutal, beautiful and deeply moving story of a good kid in the wrong family, from one of Scotland’s finest crime writers.