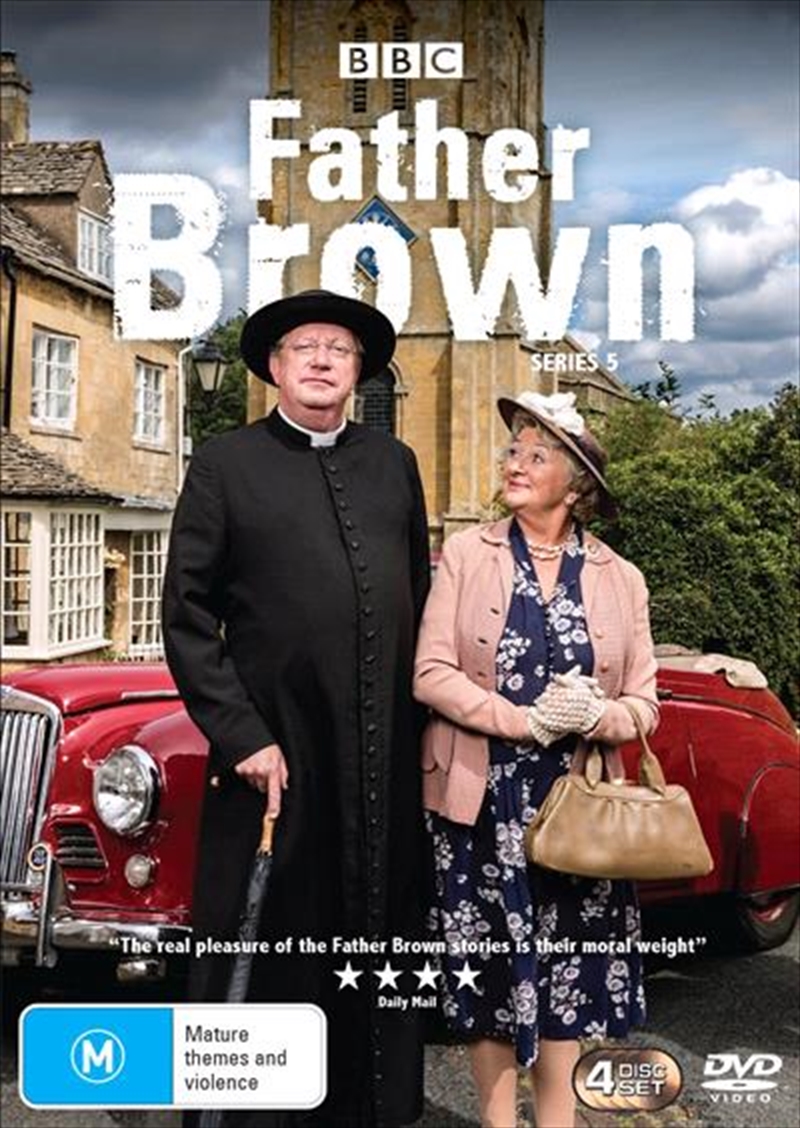 DESCRIPTION
A good man. A great priest. An even better detective.

Father Brown (Mark Williams) cycles back on screen to solve more mysteries in the sleepy Cotswold village of Kembleford in this charming series based on the short stories by G K Chesterton. Each episode sees the inimitable priest investigate a crime in his own particular way, using intuition and psychology. In this series a Duke and Duchess visit the village at Christmas time, but the community is thrown into chaos when the couple's baby boy goes missing. When a female author is murdered, Father Brown turns to her novels for guidance. And when a boxer is found dead in suspicious circumstances, Father Brown uncovers a well-planned betting sting. It's a story full of deceit and betrayal, but who has been playing whom?
DETAILS