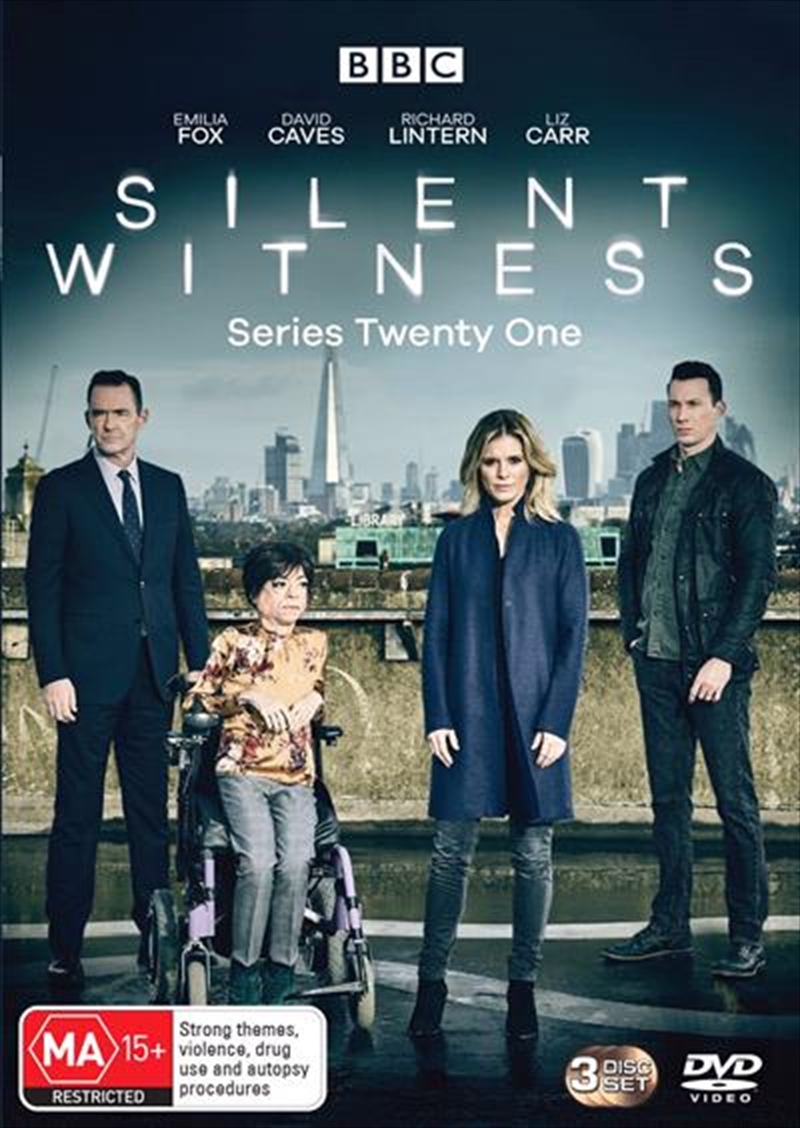 Shipping - See delivery options.
Postcode:
Quantity:
SEE MORE IN:
3 for $30 TV Silent Witness BBC
Series 19 sees Nikki investigate a murder that's a carbon copy of a case from her past. She soon suspects that the killings are personal to her. But who will believe her? Jack creates tension when he finds himself aligned with a police complaints investigator over the accidental shooting of a girl by armed police. And a seemingly random killing in the remote countryside leads Nikki and Jack into the dangerous underbelly of a criminal world. In the 20th Series an apparent suicide that starts to look a lot more like murder, a young woman is dragged from a river in the same spot where her best friend mysteriously disappeared three years before and, in the final explosive story set in Mexico, Nikki finds herself in danger when she searches for the truth about the death of a former colleague.