You Know I'm Not Going Anywhere 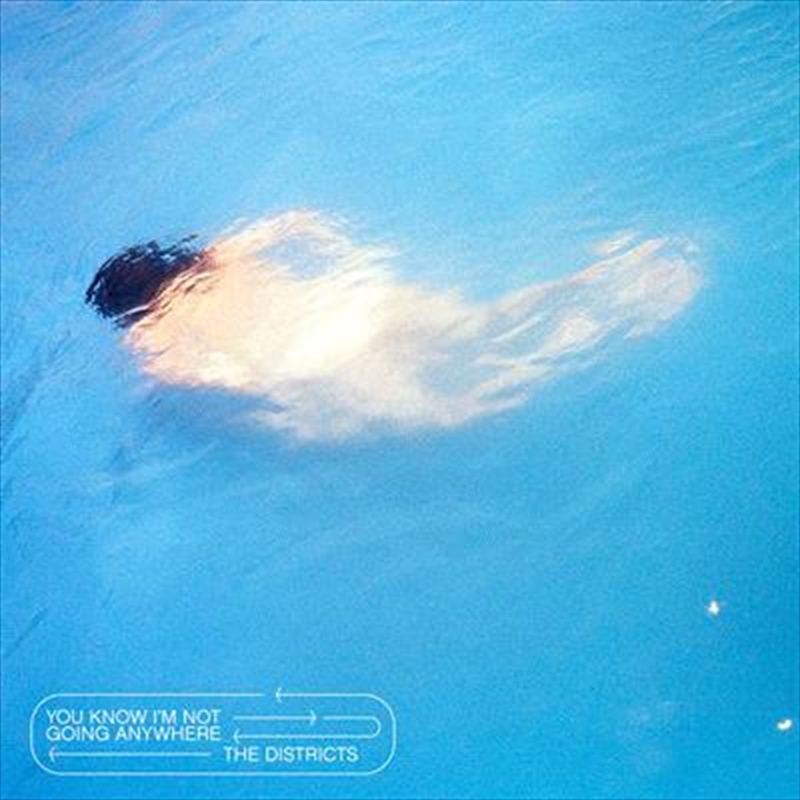 You Know I'm Not Going Anywhere

The Districts You Know I'm Not Going Anywhere CD

The Districts have announced their new album, You Know I’m Not Going Anywhere - produced by The Districts and frequent collaborator Keith Abrams, and mixed by Dave Fridmann (The Flaming Lips, Spoon, MGMT, Tame Impala).

While You Know I’m Not Going Anywhere builds on preceding albums, it takes an ambitious leap to a new level, exhibiting a widened sense of experimentation and expansiveness at its heart. There’s Rhodes, Mellotron, strings, samples, drum machines, tape loops, Wurlitzer, “ambient swells,” piano, synthesizers; Grote lists 12 instruments next to his name alone. Pulling from the propulsive Popular Manipulations, the jagged indie rock of 2015’s A Flourish and a Spoil, and the rootsy vibe of their 2012 debut, Telephone, the band here followed their creative instincts every step of the way, resulting in their most sophisticated and adventurous record to date.

10. And The Horses All Go Swimming