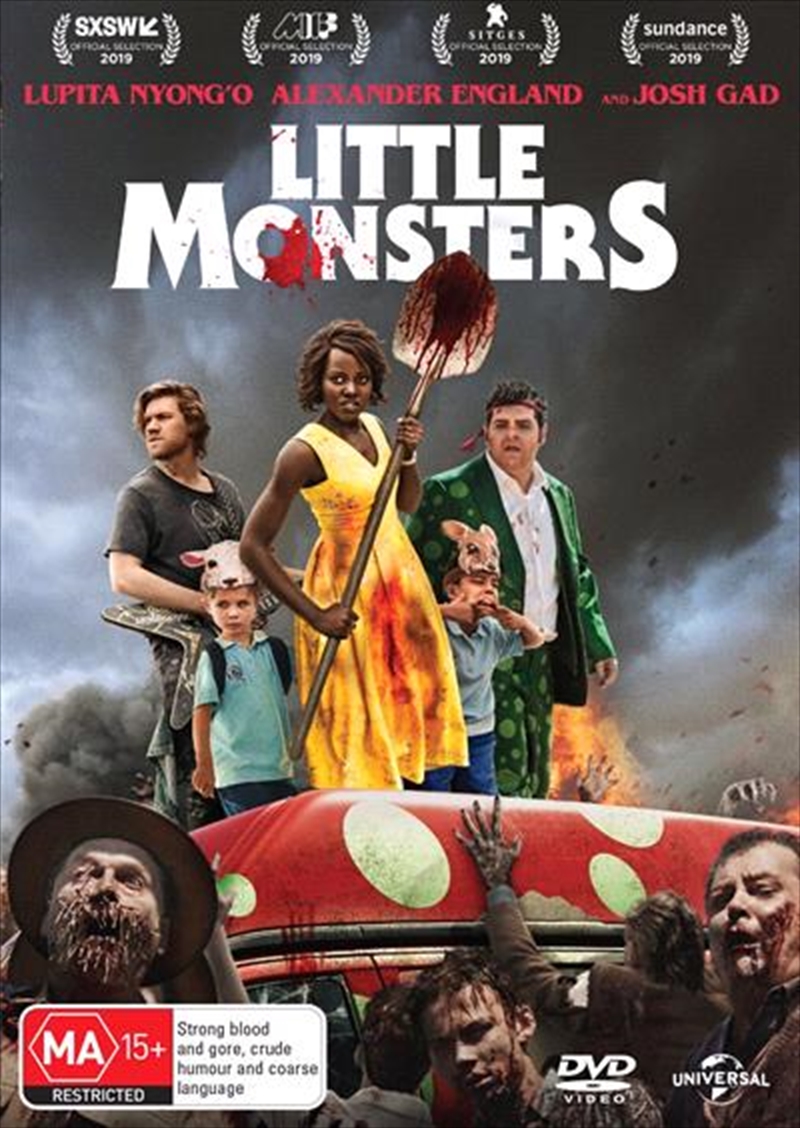 The saga follows Dave, who goes to live with his sister, a single mother, after breaking up with his fiance. While Dave is looking after his sister's five-year-old he meets kindergarten teacher Caroline. Dave is soon smitten, a relationship which is tested when he volunteers to escort the kids on an excursion, where they are attacked by zombies. Thereafter Dave and Caroline try to convince the kids they are part of an elaborate ride rather than being at the centre of a zombie Apocalypse.

Dave (Alexander England) is a musician who recently broke up with his girlfriend. Dave spends his day to day life busking on the city streets and lives with his sister and her son. Dave enjoys teaching his nephew terrible habits, such as foul language and playing Zombie video games with a VR headset. One day Dave is asked to take his nephew to school.
While dropping his nephew off, Dave is introduced to his kindergarten teacher, Miss Caroline (Lupita Nyong’o). Dave instantly tries to impress her, so much so that he even offers to tag along on a school excursion trip involving Farm Animals and Putt-Putt. But during the school trip, a U.S. facility next door to the excursion location has an outbreak of Zombies! It’s now up to Dave and Miss Caroline to work together and protect the children at all costs.
For those who are not aware, this is a comedy film done within Australia. Dave, as a character, is crude and dirty but I couldn’t help but chuckle here and there at some of the inappropriate and foul things that comes out of this character. There’s also some great chemistry and humour when Dave meets Miss Caroline who tells Dave she’s a Christian, naturally leading Dave to pretend to be a wonderful and wholesome male.
But the biggest laughs for Little Monsters came from actor Josh Gad who is full of energy and over the top with his performance. This actor steals the show for me, but for the sake of spoilers, I won’t reveal his actual role in the film.
The concept might feel repeated and silly- Zombies, right! But the ideas in this Australian film are fun, and I found it to be extremely different instead of just another Zombie film. Granted, the film’s type of humour won’t be for everyone. And some jokes I found to be so silly, but ding it, I still found myself having a good time and smiling.
Overall, Little Monsters is a surprisingly enjoyable Australian Film. Many jokes here are silly and crude, but to my surprise, I found myself having a good time and a laugh. It’s great to see something different instead of just another zombie film. Performances are also lively. Recommend for those who enjoy Shaun Of The Dead from (2004).
Peter has written this movie review for Sanity. See more from Peter here