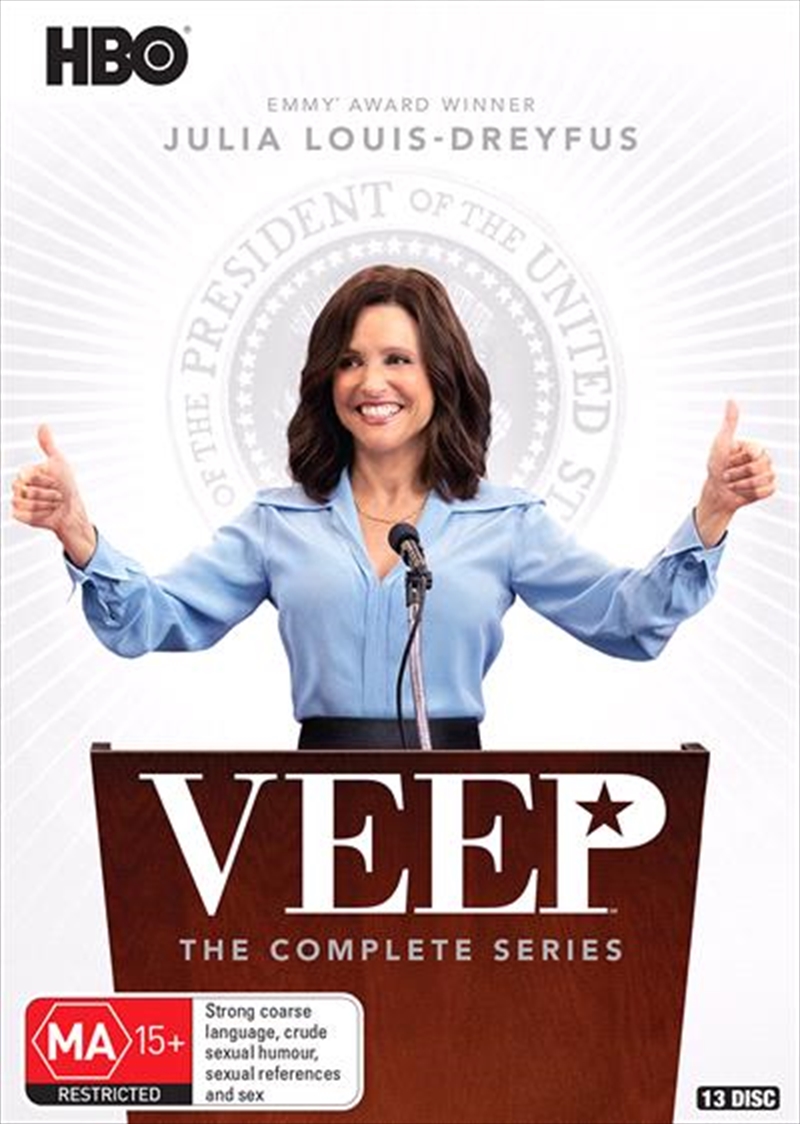 The personal life and political career of Selina Meyer (Julia Louis-Dreyfus), the Vice President and later President of the United States. Her party affiliation is unknown, though hinted in the fourth season finale to be Democratic. Formerly a United States Senator from Maryland, Meyer campaigns for her party's nomination in the 2012 presidential election and is initially the front-runner, but ultimately loses the nomination to Stuart Hughes. Meyer subsequently joins the Hughes ticket as his running mate and is elected Vice President.
DETAILS