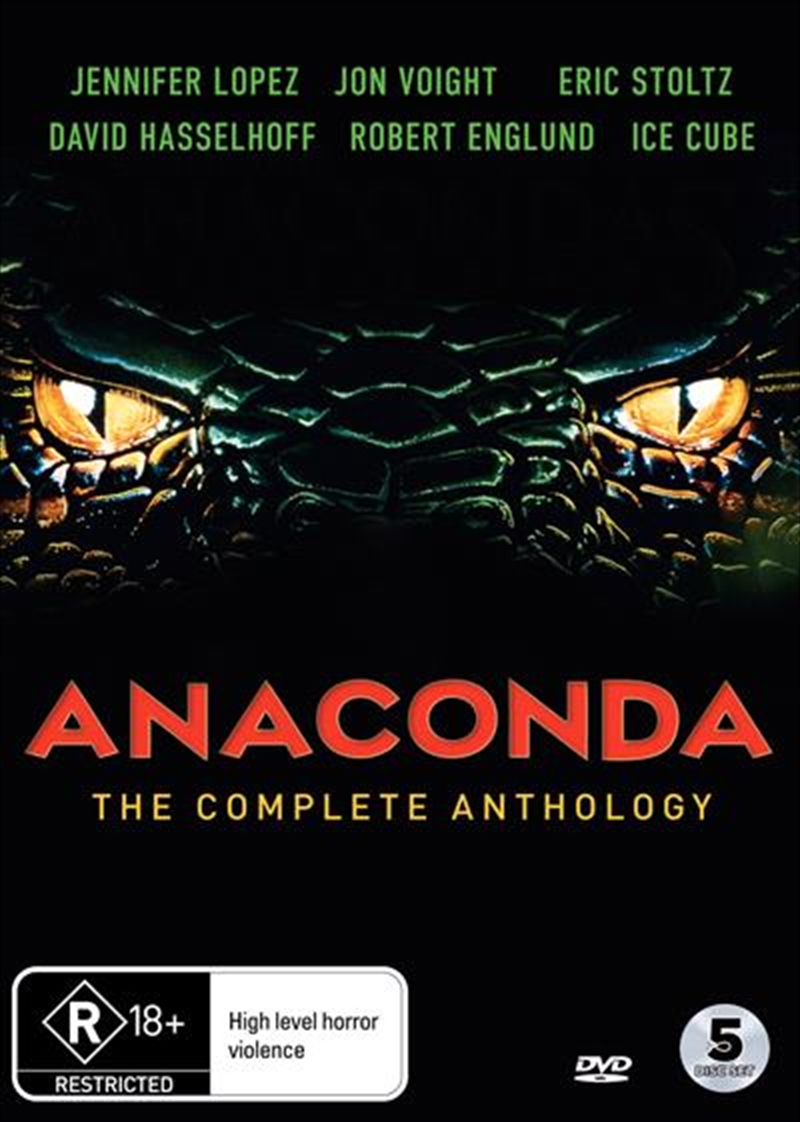 Shipping - See delivery options.
Postcode:
Quantity:
SEE MORE IN:
Ice Cube
DESCRIPTION
All five spectacular films from the reptilian cult horror "Anaconda" franchise.
Anaconda' (1997) - Dr Steven Cale (Eric Stoltz) and Terri Flores (Jennifer Lopez) are filming a documentary in the Amazon jungle when they rescue the enigmatic Paul Serone (Jon Voight). Serone has his own agenda, however, as his quest to capture a deadly 40-foot anaconda places the lives of everyone on the team in peril.
Anacondas - The Hunt for the Blood Orchid' (2004) A scientific team encounters a massive slithering terror during an expedition into the jungle in this tongue-in-cheek sequel to "Anaconda."
Anaconda 3 - Offspring' (2008) A ruthless mercenary, Hammett (David Hasselhoff) and his team are on the hunt for a pair of giant snakes that have escaped and are on a mega-sized feeding frenzy.
Anaconda 4 - Trail of Blood' (2009) - Even though the two monster snakes from Anaconda: Offspring are dead, a trail of victim's blood confirms that a new generation of snakes has reached adulthood and is preying upon EVERYTHING. John Rhys-Davies and Crystal Allen return in the fourth installment of the popular franchise.
Lake Placid Vs. Anaconda (2015) - Get ready for a non-stop bloodbath unlike anything you've seen before in this heart-pounding battle between mutated crocodiles and genetically engineered anacondas. Packed with hot sorority girls, big guns, and jaws massive enough to swallow a human in one bite, this is one screaming good time!
DETAILS