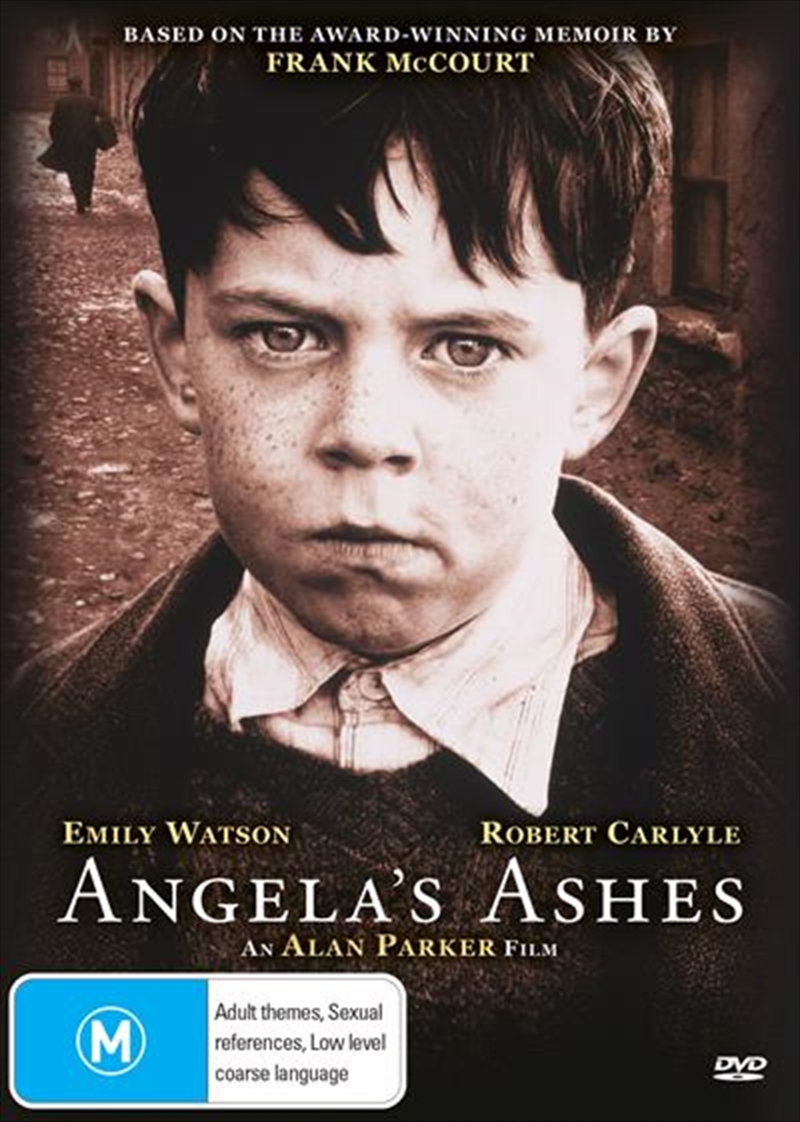 Want to click and collect? Check store availability
DESCRIPTION
The Hopes of a Mother. The Dreams of a Father. The Fate of a Child.

Angela's Ashes, the Pulitzer Prize-winning memoir, comes to life in this stirring film from acclaimed director Alan Parker (Evita) starring Academy Award(R)-nominee Emily Watson (Breaking The Waves) and Robert Carlyle (The Full Monty). Life in impoverished Depression-era Ireland holds little promise for young Frank McCourt, the oldest son in a tightly knit family. Living by his wits, cheered by his irrepressible spirit, and sustained by his mother's fierce love, Frank embarks on an inspiring journey to overcome the poverty of his childhood and reach the land of his dreams: America.
DETAILS