Only After Dark - Complete Mainman Recordings 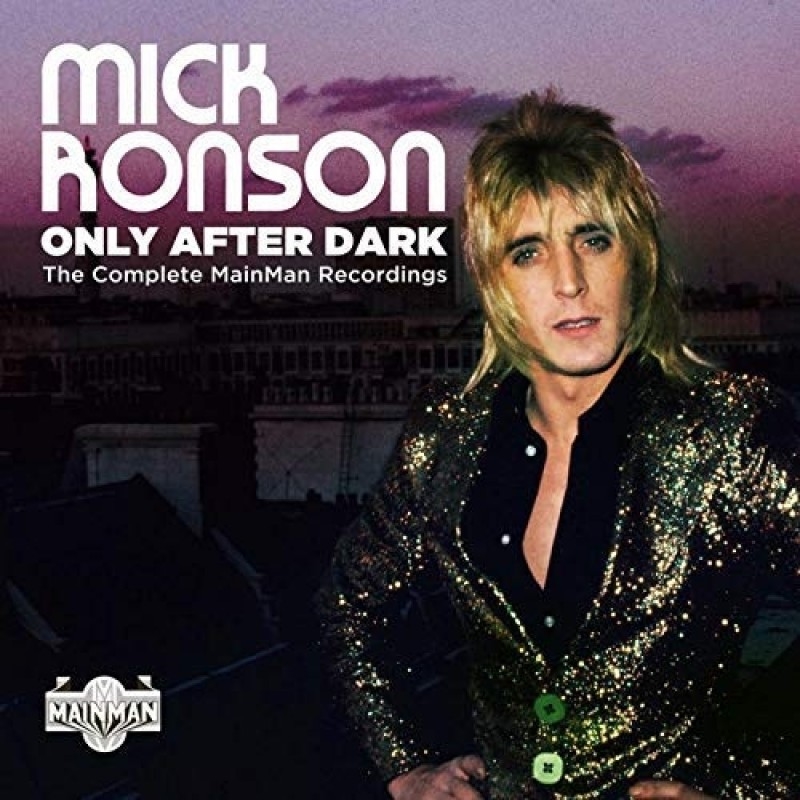 Only After Dark - Complete Mainman Recordings

When David Bowie announced at the Hammersmith Odeon on 3rd July 1973 that he (or, as it subsequently turned out, alter-ego Ziggy Stardust) was breaking up the band, manager Tony Defries glimpsed a golden opportunity rather than the end of an era. With the MainMan agency’s main man coming off the road for at least a while, there was, Defries reasoned, space in the rock star firmament for a new Bowie, particularly one who would also be under MainMan’s management…

Thus it was that Bowie’s faithful right-hand man, Mick Ronson, was thrust into the spotlight. Possibly the most reluctant solo performer ever, ‘Ronno’ was given three weeks to write and record a debut solo album. With Bowie’s help (he contributed three songs to the set), ‘Slaughter On 10th Avenue’ was quickly pieced together after the conclusion of Bowie’s ‘Pin Ups’ sessions. Despite its rushed nature it was a strong effort, and the LP reached the UK album charts Top Ten.

Buoyed by this success, Ronson then recorded a second album, ‘Play Don’t Worry’ - although before it could appear, he’d accepted Ian Hunter’s invitation to join Mott The Hoople. As a result, Mick’s sophomore solo set was largely overlooked, and his lukewarm attempts to promote it were further scuppered by his and Ian Hunter’s decision to leave Mott and relocate to America.

Sadly ‘Slaughter On 10th Avenue’ and ‘Play Don’t Worry’ would be the only solo albums released during Mick’s lifetime: after his departure from MainMan in mid-1976, he largely preferred to work in a group context rather than as a solo performer.

Nevertheless, he did continue to record sporadically as a solo act. A 4-CD set, ‘Only After Dark’ chronicles his solo work during the rest of the seventies after his split with Bowie, with those two official albums joined by B-sides, alternative versions, outtakes and a plethora of unissued-at-the-time studio recordings (including a handful with Guam, the backing band for Bob Dylan’s legendary 1975 Rolling Thunder tour) and various highlights from his live shows. Featuring some rare photos and a lengthy new essay on his Seventies career, ‘Only After Dark’ is the most comprehensive anthology to date of a major talent.