Wizard Of Oz, The 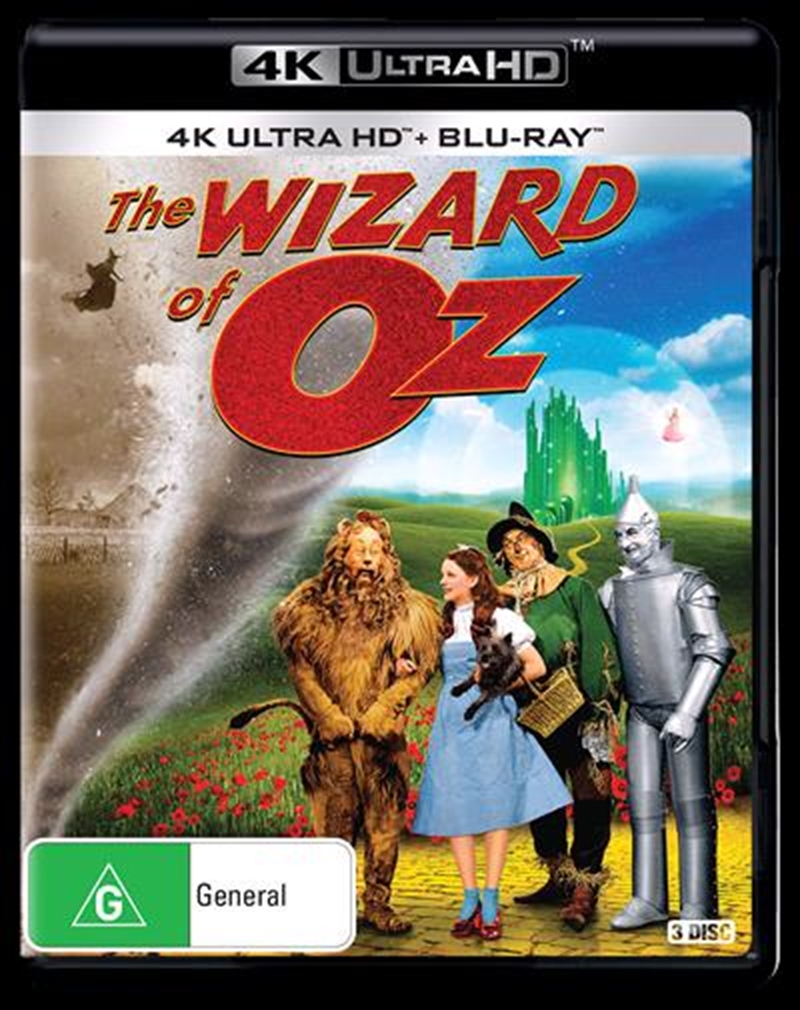 In this classic musical fantasy, Judy Garland stars as Dorothy Gale, a young Kansas farm girl who dreams of a land "somewhere over the rainbow." Dorothy's dream comes true when she, her dog, Toto, and her family's house are transported by a tornado to a bright and magical world unlike anything she has seen before. Unfortunately, she makes a mortal enemy of a wicked witch when the house falls on the hag's sister. Now, befriended by a scarecrow without a brain, a tin man with no heart and a cowardly lion--and protected by a pair of enchanted ruby slippers--Dorothy sets off along a yellow brick road for the Emerald City to beseech the all-powerful Wizard of Oz for his help to return home.

Title: Wizard Of Oz, The