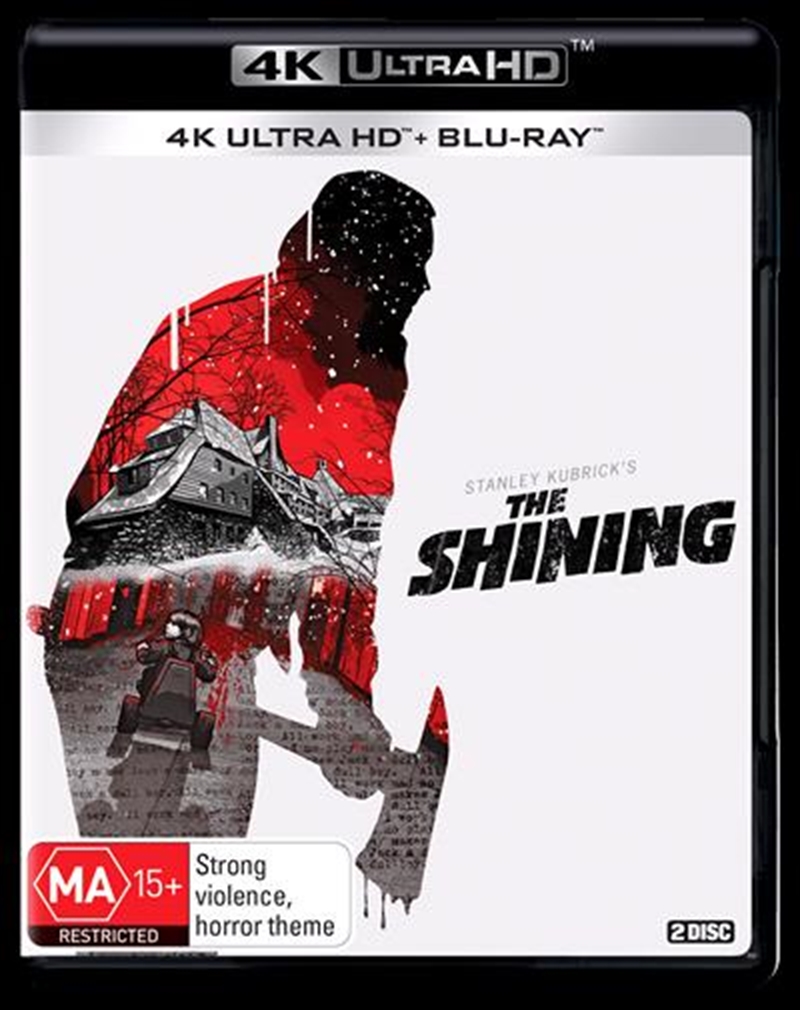 DESCRIPTION
The tide of terror is here

Jack Nicholson and Shelley Duvall star in director Stanley Kubrick's disturbing adaptation of Stephen King's blockbuster horror novel. When writer Jack Torrance (Nicholson) - who has a history of alcoholism and child abuse--takes a job as winter caretaker for a hotel high in the Rocky Mountains, he, his wife (Duvall) and their psychic young son will be isolated until spring. But once the first blizzard closes the road out, the accumulated power of evil deeds committed at the hotel begins to drive Jack mad. Now there may be no escape for his wife and son in this haunting madness, memory and family violence.
TRAILER
DETAILS