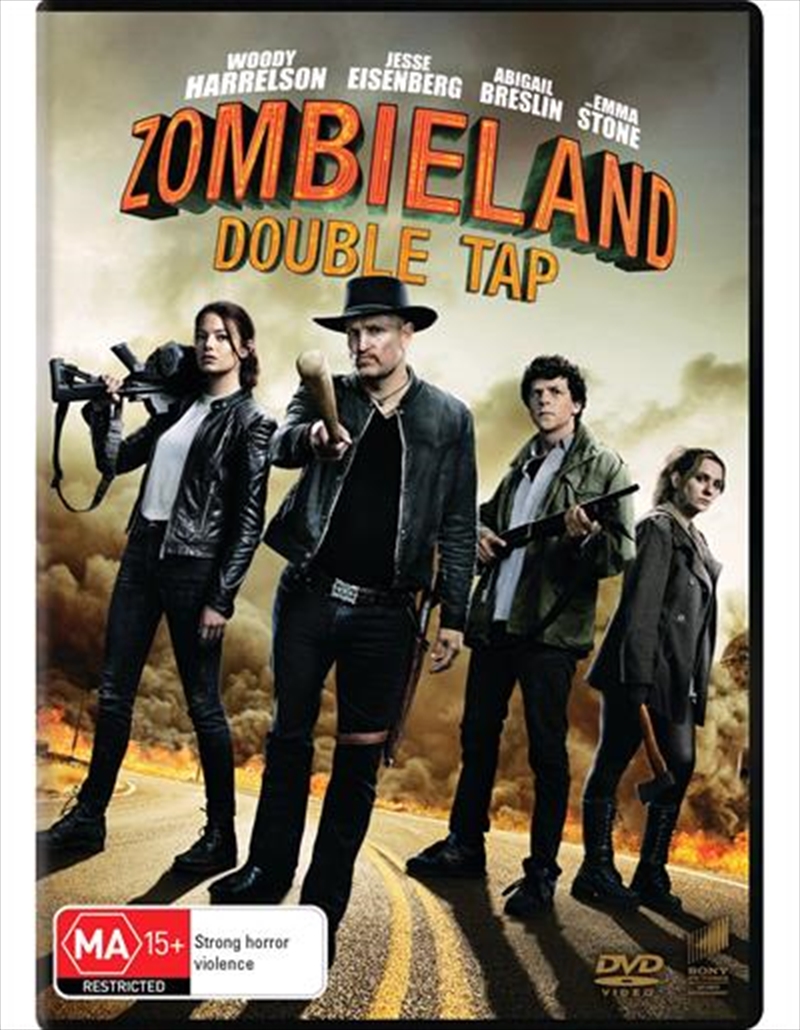 See more from Chris on here

Continuing from where we last left our four leading survivors ten years ago, our leads within Zombieland have grown stronger and wiser on how to survive. The zombies which have taken over the world are also advancing, changing and transforming. The new Zombies are becoming more of a threat to all remaining survivors on earth.
The film starts with Columbus, Tallahassee, Wichita, and Little Rock moving into (what’s left of) The White House. Everything seems perfect until one member is no longer happy in the group and decides to take a new path, seeking a new family. The remaining members go after her, travelling to Graceland. As they do so, they will encounter many new zombies and survivors along the way.
I was a massive fan of the original film which featured in 2009. My favourite part of the original movie was the cast themselves and the general creative humour. I’m proud to say that Zombieland: Double Tap manages to be a worthy sequel. Our sequel loves to reuse jokes from the original film, such as the zombie rules of surviving.
Zombieland: Double Tap also manages to add new jokes which should get some laughs, even if the new gags feel repetitive. The film’s structure is also similar, using tactics such as a slow-motion introduction and a big finale battle with stacks of zombies in the 3rd/final act.
Seeing the returning characters alone and seeing them advanced (grown-up) was also a nice touch for fans too. This film feels more like a celebration or reunion at times rather than witnessing a true instalment. The over the top action was also fun, but I found the film’s audio soundtrack slightly forgettable.
Overall, while Zombieland: Double Tap isn’t as firm as the first instalment in regards to plot, there’s still stacks of fun to be had. Seeing the returning characters we fell in love within 2009, with them now taking on a more significant threat of zombies is welcomed and I found myself having a great brainless time.
Peter has written this movie review for Sanity. See more from Peter here