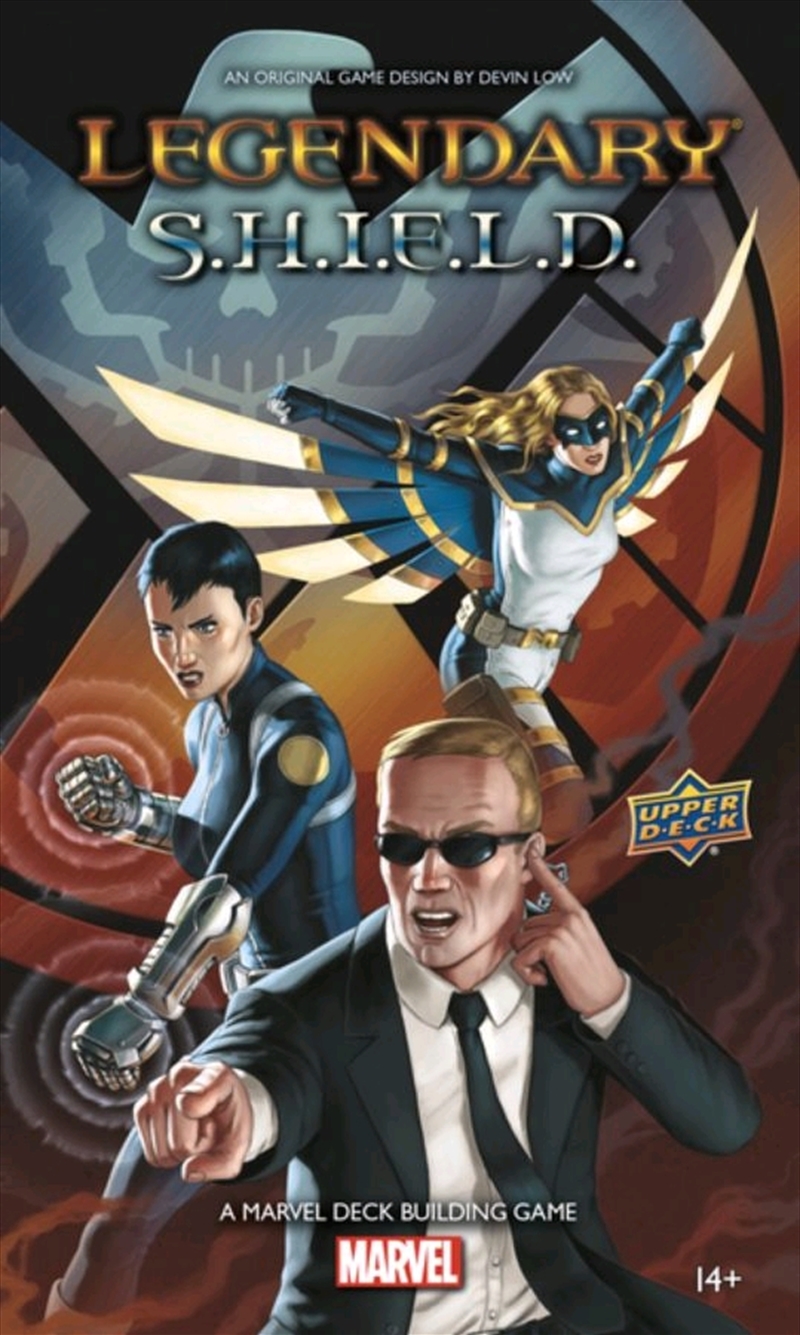 The paramilitary espionage agency S.H.I.E.L.D. guards Earth from criminals, terrorists, and supervillains alike. Formally the Strategic Hazard Intervention Espionage Logistics Division, the Agents of S.H.I.E.L.D. are the best of best. They complete reconnaissance, spying, and combat missions that no other agency can handle.

A strict hierarchy of S.H.I.E.L.D. Levels ensures that only the top agents ever know about the organization’s most secret resources, training, and plans. But S.H.I.E.L.D.’s obsession with secrecy has opened a fatal flaw. The terrorist organization Hydra has snaked its way deep into the S.H.I.E.L.D. hierarchy, corrupting the agency from within. Hydra issues sinister plots and missions that S.H.I.E.L.D. agents complete without question. Now the rivalry has finally come to a head, as double and triple agents betray each other time and again, and the agents’ true loyalty will finally be revealed.

This needs a core set like Legendary: A Marvel Deck Building Game or Legendary: Villains to play.

Rules insert and 100 cards:
4 New Heroes of 14 cards each (Each Hero has 1 rare, 3 uncommons, 5 of one common, and 5 of another common)
2 New Villain Groups of 8 cards each
2 New Adapting Masterminds (Each has no Mastermind card – just 4 Mastermind Tactic cards)
4 New Schemes
16 New Special S.H.I.E.L.D. Officers (2 each of 8 types)