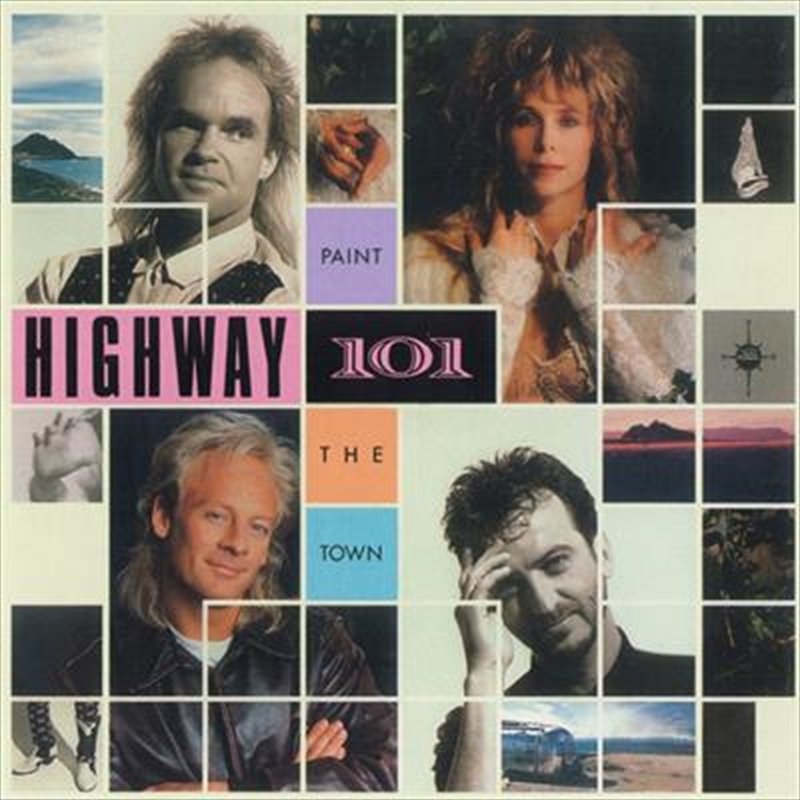 In the early 1980s Country band Alabama created fresh excitement within Country Music, opening up the doorway for further male outfits like Exile, Sawyer Brown, Little Texas and The Kentucky Headhunters. Then, enter Highway 101, an outfit that broke the group scene’s male dominance with a female vocalist as its central figure while, at the same time creating a distinctive contemporary sound that blended the Country music of Nashville and the West Coast with a tinkling of pop.

Lead singer Paulette Carlson, born 11th October 1953 in Northfield, Minnesota, was perfect to front this band. Playing music and writing songs for as long as she can remember, Carlson put the home scene behind her as she relocated in Nashville in 1978 and started paying her dues as a staff writer for The Oak Ridge Boys’ music publishing company and by singing backup for Gail Davies.

Chuck Morris, the manager of the Nitty Gritty Dirt Band and Lyle Lovett wanted to form an outfit that would combine traditional country with rock and roll. After hearing Carlson’s demo recordings, she completed Morris’s line-up for Highway 101 that included Cactus Moser, Jack Daniels and Curtis Stone. Carlson’s husky vocals were well complemented by the musicians and her contributions as a writer ensured the band’s success.  Their second single release ‘The Bed You Saved For Me’, written by Carlson, saw the start of a successful seven year run.

Such success ensured much critical acclaim with Highway 101 being named Vocal Group of the Year by both the Country Music Association and The Academy of Country Music for two consecutive years, 1988 and 1989.

1. Whiskey, If You Were A Woman

7. Are You Still Mine

15. Somewhere Between Gone And Goodbye

23. While You Slept Last Night

24. This Side Of Goodbye