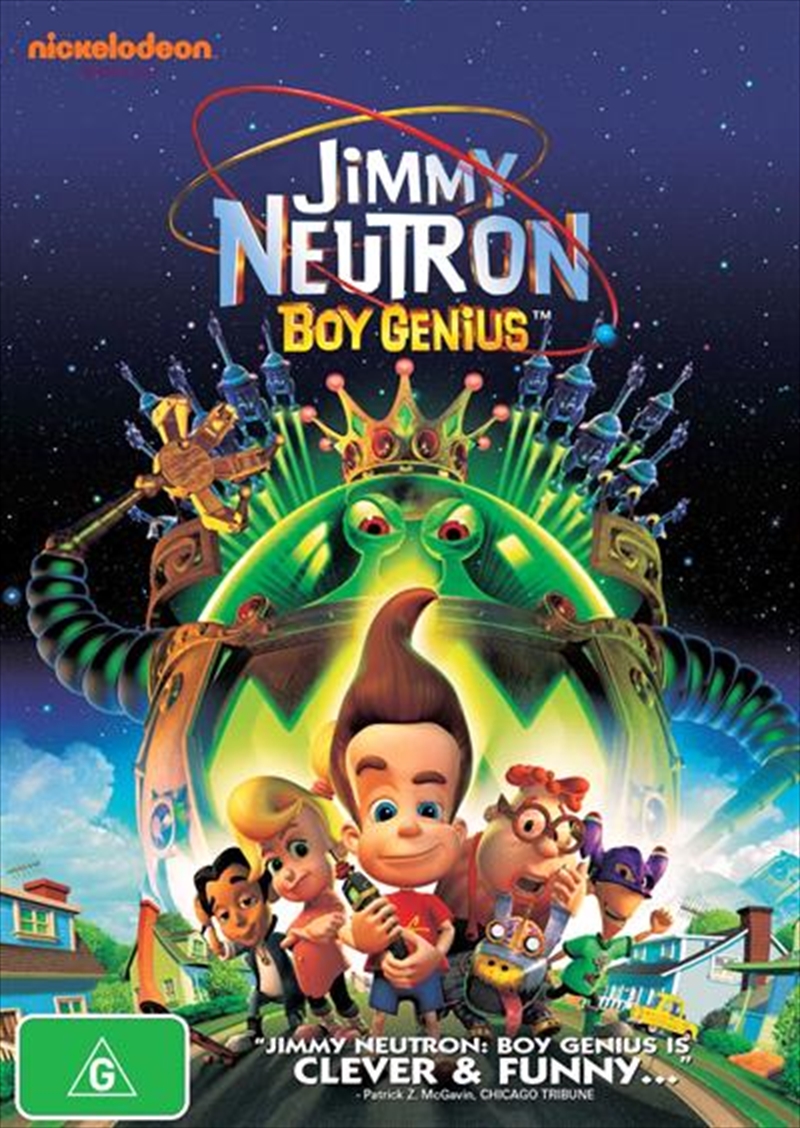 Shipping - See delivery options.
Postcode:
Quantity:
SEE MORE IN:
3 for $30 Movies & More
An eight year-old boy genius and his friends must rescue their parents after the adults are abducted by aliens. Jimmy Neutron: Boy Genius, is trying to make contact with an alien civilisation. Unbeknownst to him, a satellite he launches (okay, it's the kitchen toaster, but it works!) is picked up by an alien species. In the dark of the night the aliens fly their war ships - looking like a fleet of rubber chickens to earth and abduct all the parents in Jimmy's hometown of Retroville. So it's up to Jimmy to create a fleet of space ships from the rides at the town's new amusement park (hey, he's a genius, remember?) and launch then into orbit in a bid to rescue the abducted parents of Retroville. But Jimmy better hurry! Because the aliens are preparing to use the parents as human sacrifices! With his robotic dog, Goddard, and his best friend, Carl, by his side, Jimmy and the rest of the kids in Retroville take to the skies on a trip that's sure to be a blast! Featuring the voice talents of PATRICK STEWART and MARTIN SHORT as the evil King Goobot and his sidekick Ooblar.