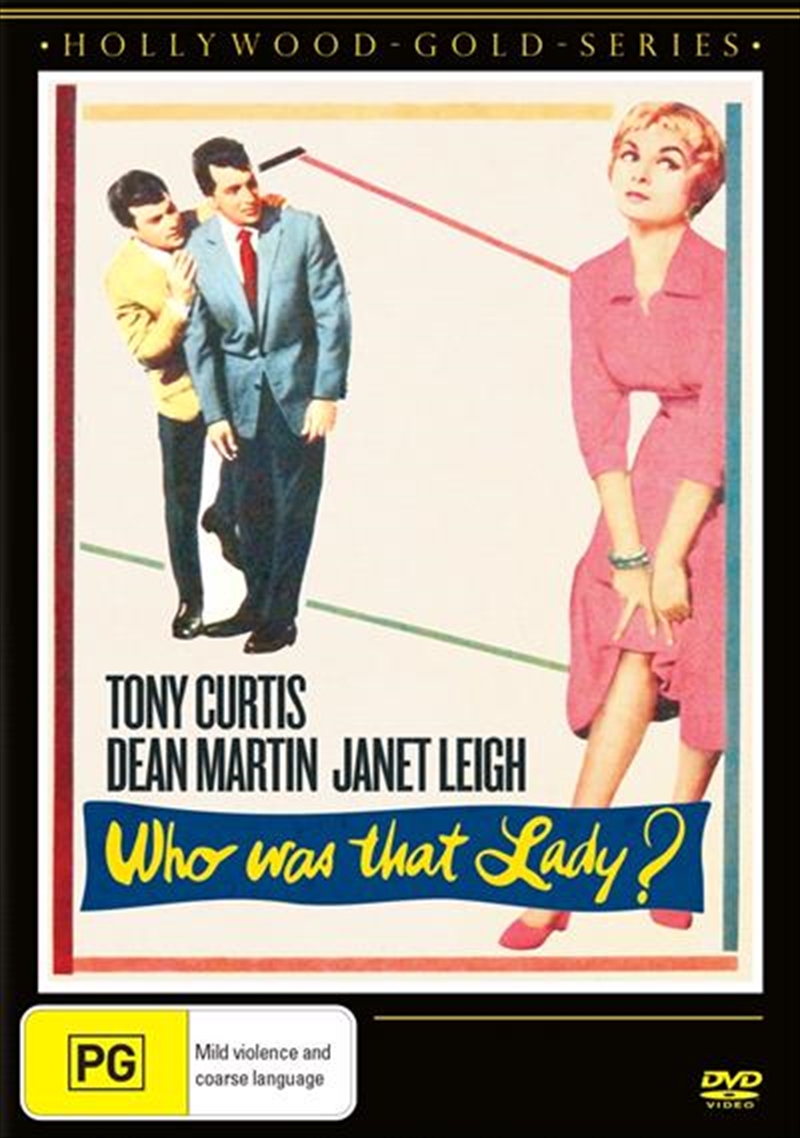 After he's caught kissing one of his co-eds, college professor David Wilson (Tony Curtis) is given marching orders by his livid wife, Ann (Janet Leigh). In order to avoid divorce, David concocts an elaborate alibi with his TV writer buddy (Dean Martin) : he claims to have been on an undercover mission for the FBI and that the kiss was crucial to his mission. With the help of a few props, Ann believes her husband's tall tale completely. And that's when his problems start.

Title: Who Was That Lady?