Three On A Couch 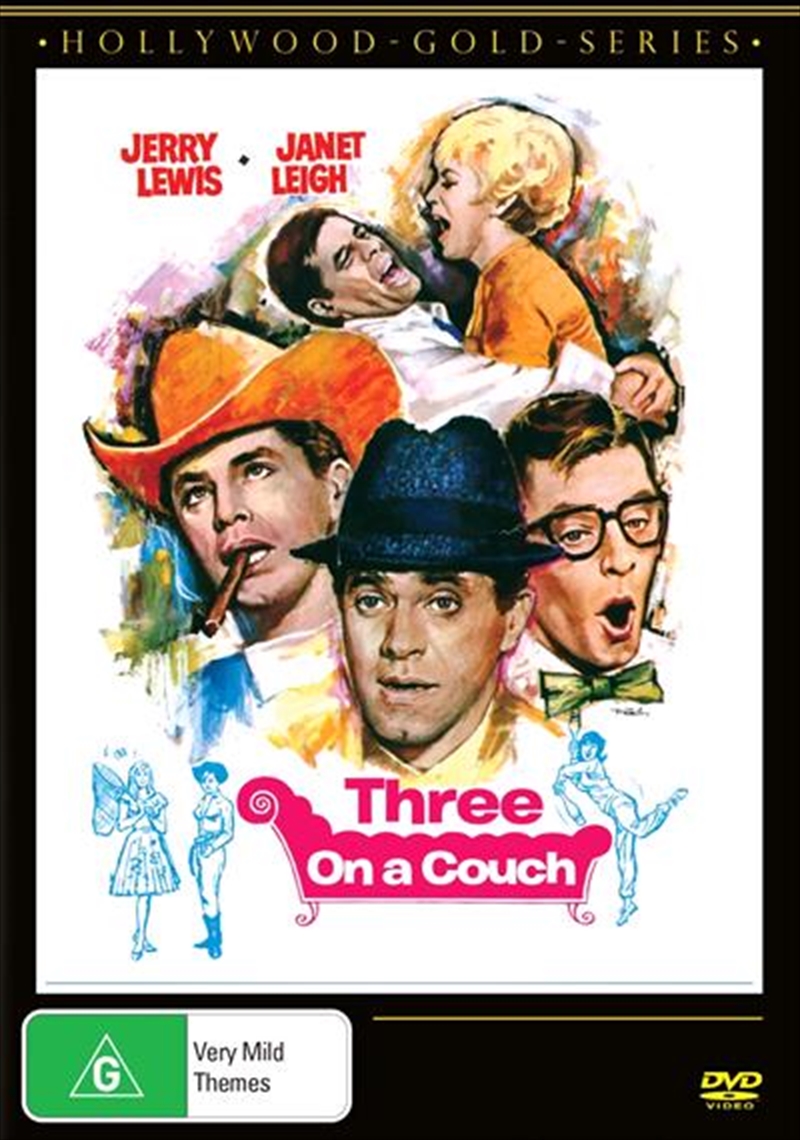 Three On A Couch

DESCRIPTION
What a ROMEO! What a RIOT!

Christopher Pride (Jerry Lewis) has been offered an important commission in Paris but can't convince his girlfriend, Dr. Elizabeth Acord (Janet Leigh), to take some time off from her psychiatric practice. Elizabeth is worried about three of her female patients, all of whom are extremely hostile toward men and very needy. Christopher, anxious to leave for France, decides to impersonate the ideal man for each of Elizabeth's patients, in hopes of lessening their dependency on her.
DETAILS

Title: Three On A Couch