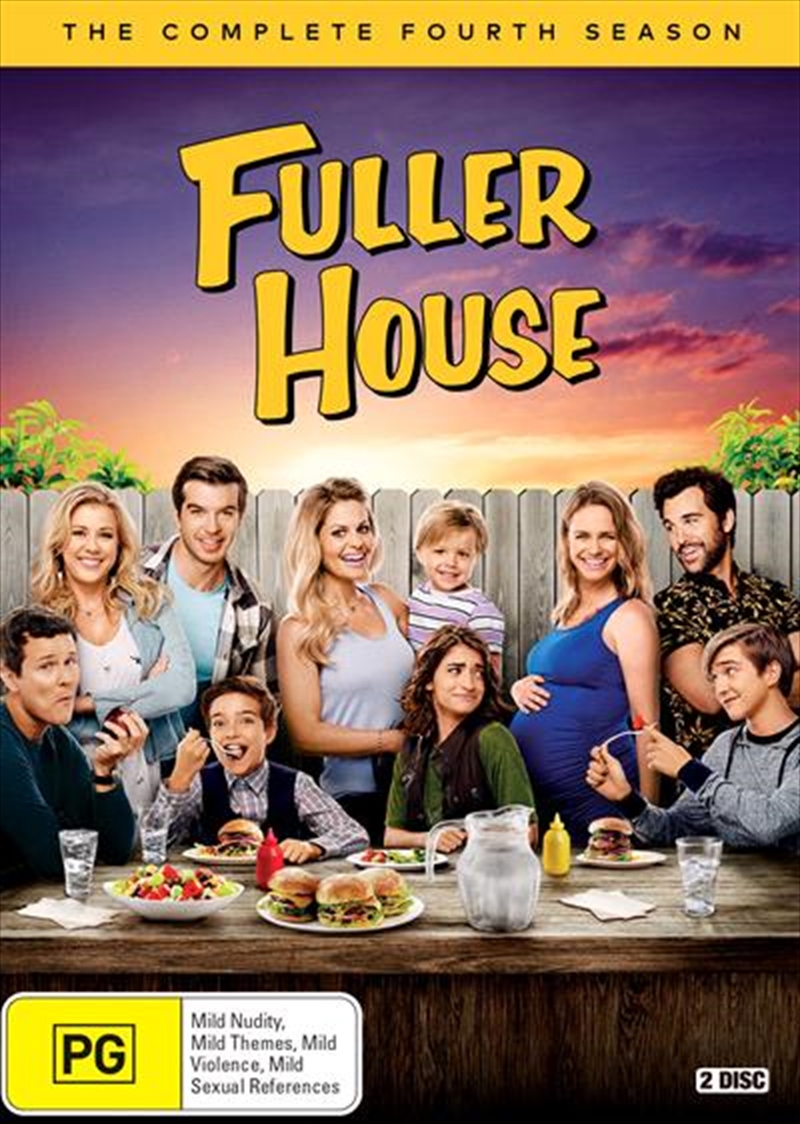 Season Four is packed to the rafters with an even Fuller House! Thirteen fun new episodes follow San Franciscos favorite family as they juggle major life events. DJ (Candace Cameron Bure) and Steve face the pressures of a new/old relationship. Kimmy (Andrea Barber) has postponed remarrying Fernando and is now a saucy surrogate for parents-to-be Stephanie (Jodie Sweetin) and Jimmy. As for the kids, Jackson and Ramona deal with high-school dramas around parties, proms and driving; Max runs for president of the fourth grade; and baby Tommy has an epic mall meltdown. With special guest appearances from John Stamos, Bob Saget, Dave Coulier and more, this Kids Choice Award winner (Favorite Funny TV Show 2019 and Favorite TV Show [Family] - 2017) is wholesome, hilarious viewing for all as it welcomes a brand-spankin new member to the Fuller/Tanner/Gibbler clan.
DETAILS