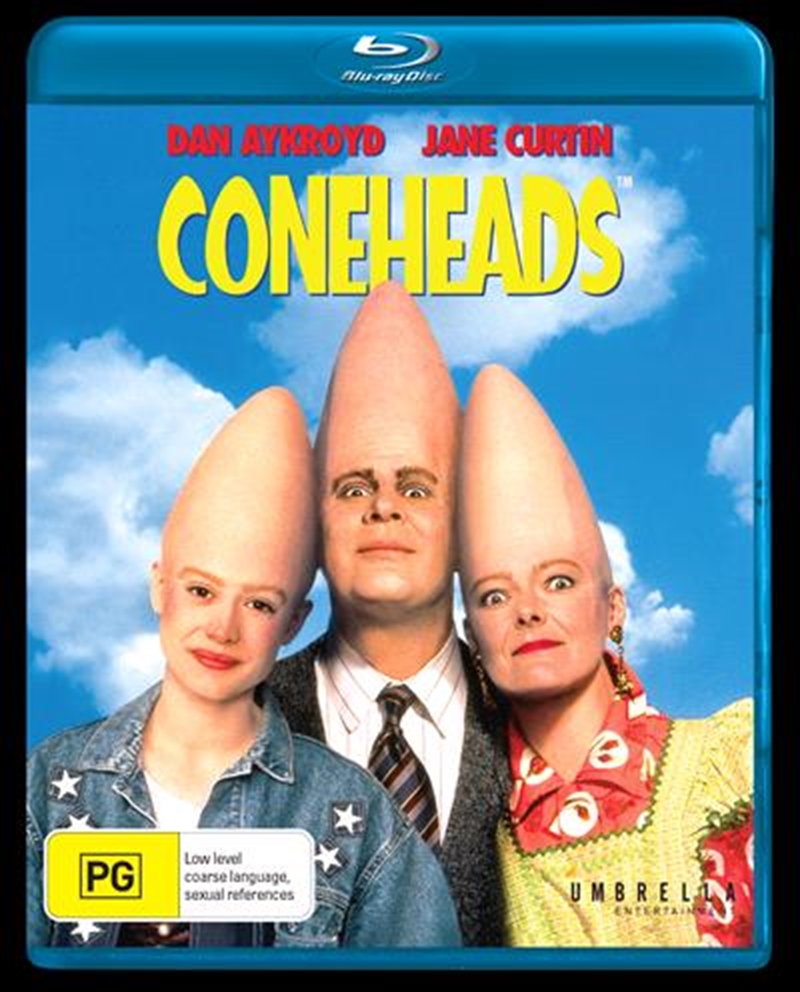 DESCRIPTION
One look and you know they're from a very strange place. They're from New Jersey, by way of "France", by way of far-off, far-out Remulak. They're Coneheads. And their comedy antics are heads above the crowd! Lampooning our Bluntheaded civilisation as only a Conehead can, Dan Aykroyd and Jane Curtin star as mega-domed Beldar and Prymaat. Newcomer Michelle Burke plays the teen daughter at odds with her parental units. Michael McKean (as an INS agent who-mebs!-wants to deport illegal alien Beldar) and many more comedy favourites add to the fun of this all-out laugh attack-from Remulak!
DETAILS