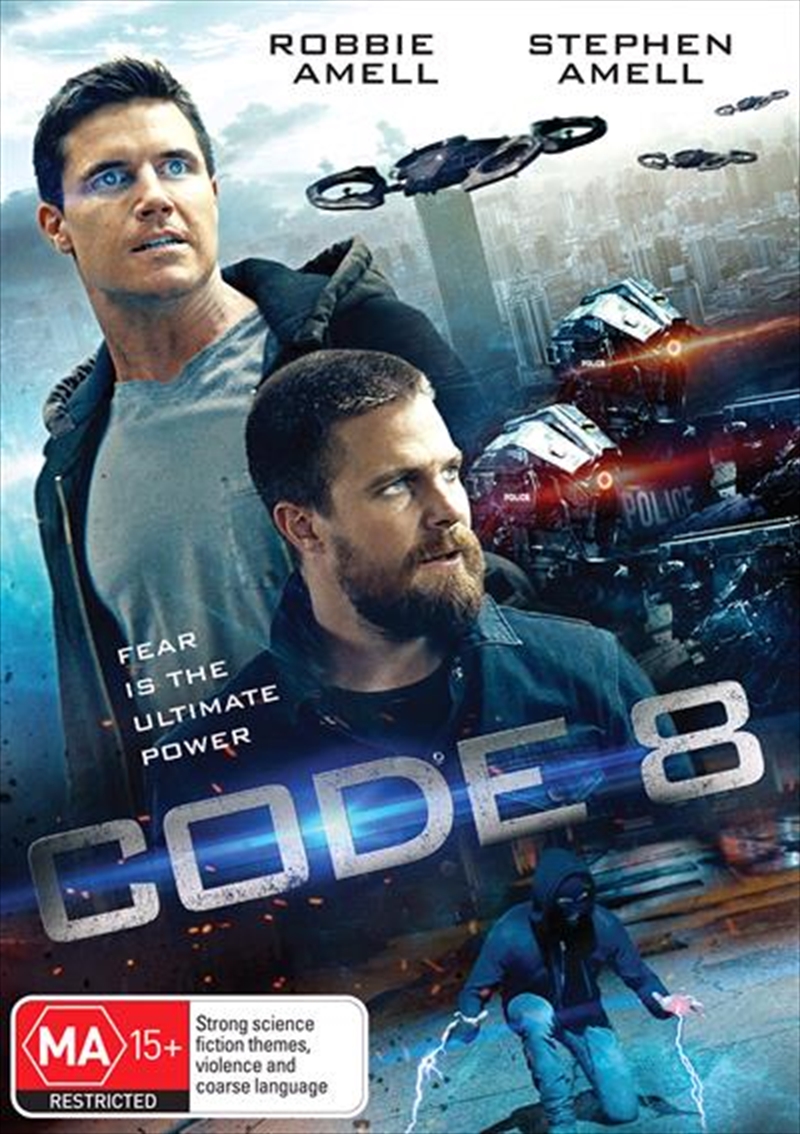 A desperate young man possessing special powers clashes with a militarized police force after committing a petty crime. Based on the short film. Arrow and The Flash superstars Stephen Amell and Robbie Amell team up in CODE 8 an action-packed sci-fi event.

Review of Code 8 by Peter Walkden

In the present day, a select number of humans are born with powerful abilities. Some are capable of reading minds, some control electrical power, some have super strength and so on. The world is a broken place. With current poverty rates at an all-time high, many addicted to a drug which comes from the spine of those with special powers.
But Code 8 focuses its story on something unexpected.
A young man, Connor (Robbie Amell), can control Electricity. He spends his days using his powers on a construction site to earn money, and he generally keeps to himself. However, when Connor’s mother has cancer, he becomes eager to make money for her to have proper treatment urgently. Connor soon accepts criminal work from Garrett (Stephen Amell) who promises him big cash rewards.
The world that is presented in Code 8 is awesome. It is a film set in the present day, but because many humans have powerful abilities, the world has more of a sci-fi vibe than ever. One example is the large police drones that fly around the city, equipped with robot police officers (Guardians) that drop into combat.
As a plot, many elements may seem familiar, and movie lovers may compare ideas with something like X-Men etc. Thankfully, Code 8 brings a slight touch of freshness to the screen. Perhaps it is the added Sci-fi aspect snuck into the film that keeps it slightly fresh.
Performance are enjoyable, particularly from our two leading actors, Robbie Amell & Stephen Amell (who funnily enough are cousins in real life). Whenever the two share the screen, I found their performances rather pleasant to watch.
Overall, I am grateful to see a film that has brought some creativity, along with generally new and fresh ideas. The film’s sci-fi element was also a welcome touch. Fans who love a tale about X-Men/ Mutant-like characters will find some entertainment here, nevertheless.
Peter has written this movie review for Sanity. See more from Peter here