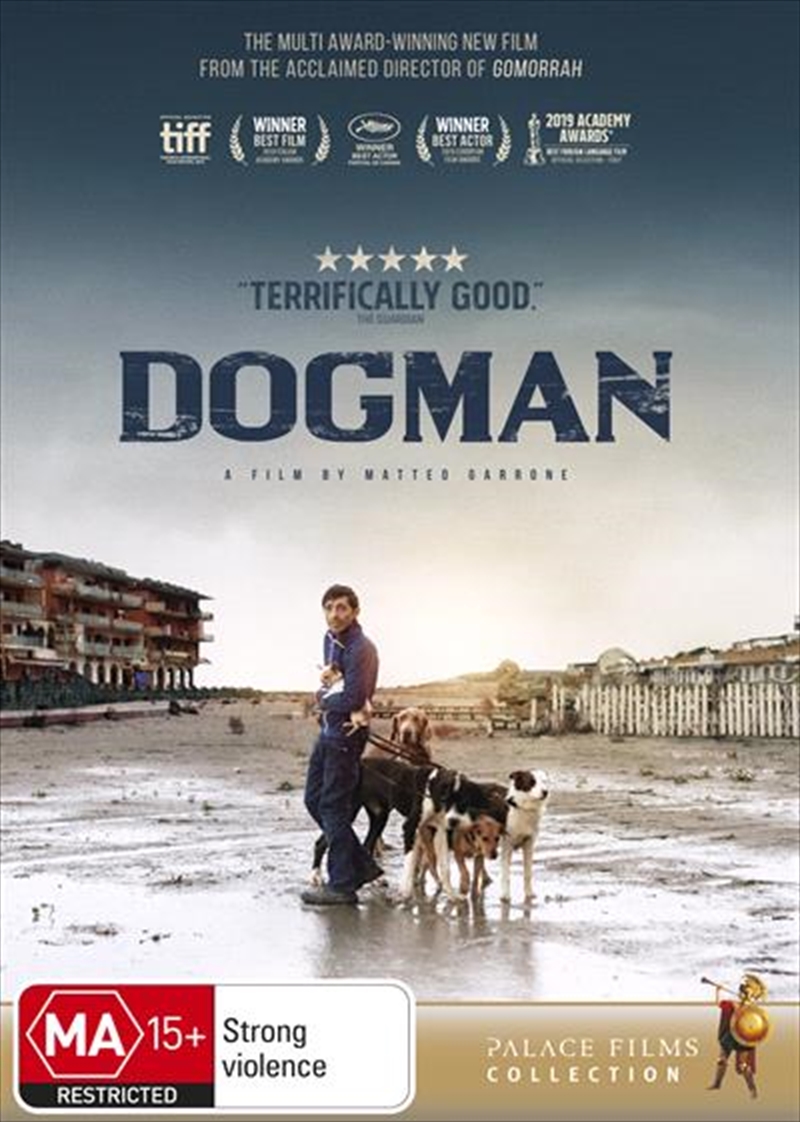 Want to click and collect? Check store availability
DESCRIPTION
Everyone has a breaking point.

The multi award-winning new crime thriller from internationally-heralded writer/director Matteo Garrone (Gomorrah, Tale of Tales), DOGMAN is the compelling story of a gentle family man driven beyond his limits, based on remarkable true events. In a dilapidated Neapolitan suburb, the pint-sized, mild-mannered Marcello (Marcello Fonte) runs the dog-grooming business of the films title, caring for the neighbourhood pooches, and raising his young daughter, Alida, for whom he'd do anything to spoil. But he's domineered by one of his customers, Simone (Edoardo Pesce), a petty criminal and former boxer who throws his substantial bulk around this tight-knit community at every opportunity. Marcello soon becomes swept up in a criminal plan he wants nothing to do withMeticulously directed and photographed, and entirely sympathetic to its four-legged cast-members (none of who are harmed), Garrones bravura urban noir is also impeccably acted, with Marcello Fontes extraordinary performance highly deserving of the Best Actor prizes at both Cannes and the European Film Awards. Inspired by a true story that drew national headlines, and gripping from start to finish, its another electrifying big-screen experience from one of Italy's finest contemporary filmmakers.
DETAILS