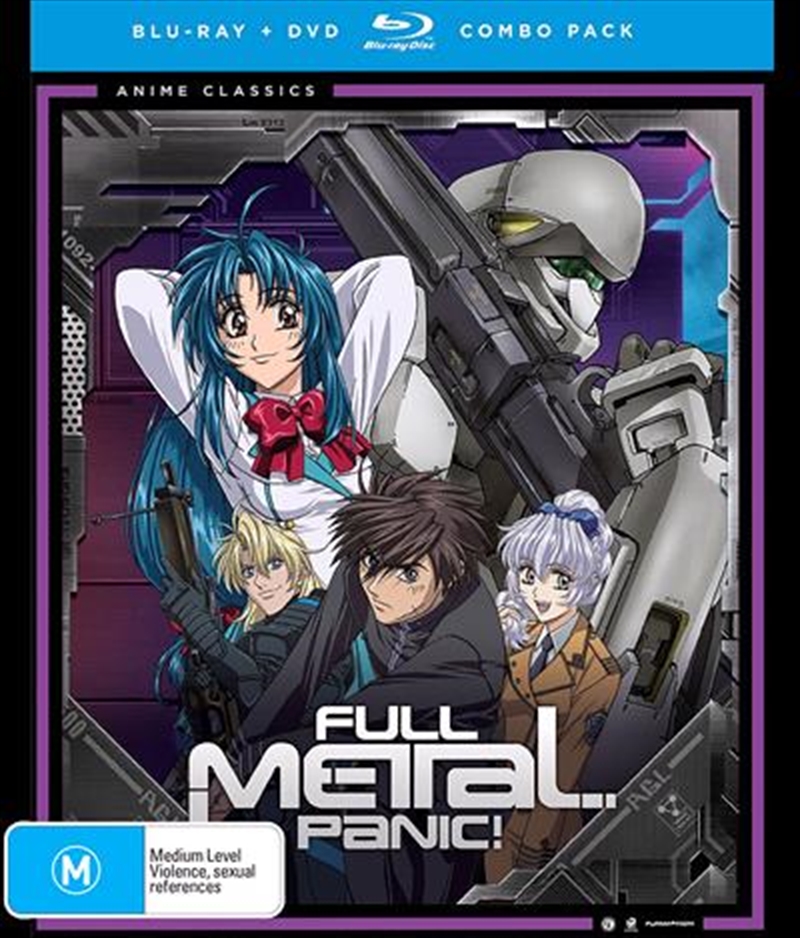 Want to click and collect? Check store availability
DESCRIPTION
All Metal. All Panic.

Kaname Chidori's one of the most popular girls at her high school - unfortunately, it's her growing popularity off campus she should be worrying about. Unbeknownst to Kaname, terrorists are plotting her abduction, believing she possesses the rare and coveted abilities of the Whispered. That's where Sousuke Sagara enters the picture. He's a hotshot soldier from the clandestine counter-terrorist organization known as Mithril - and he's going undercover at Kaname's school to try and keep her safe. He may be an ace in the cockpit of an Arm Slave mech, but there's no training in the world that could prepare him for the warzone of high school.
DETAILS