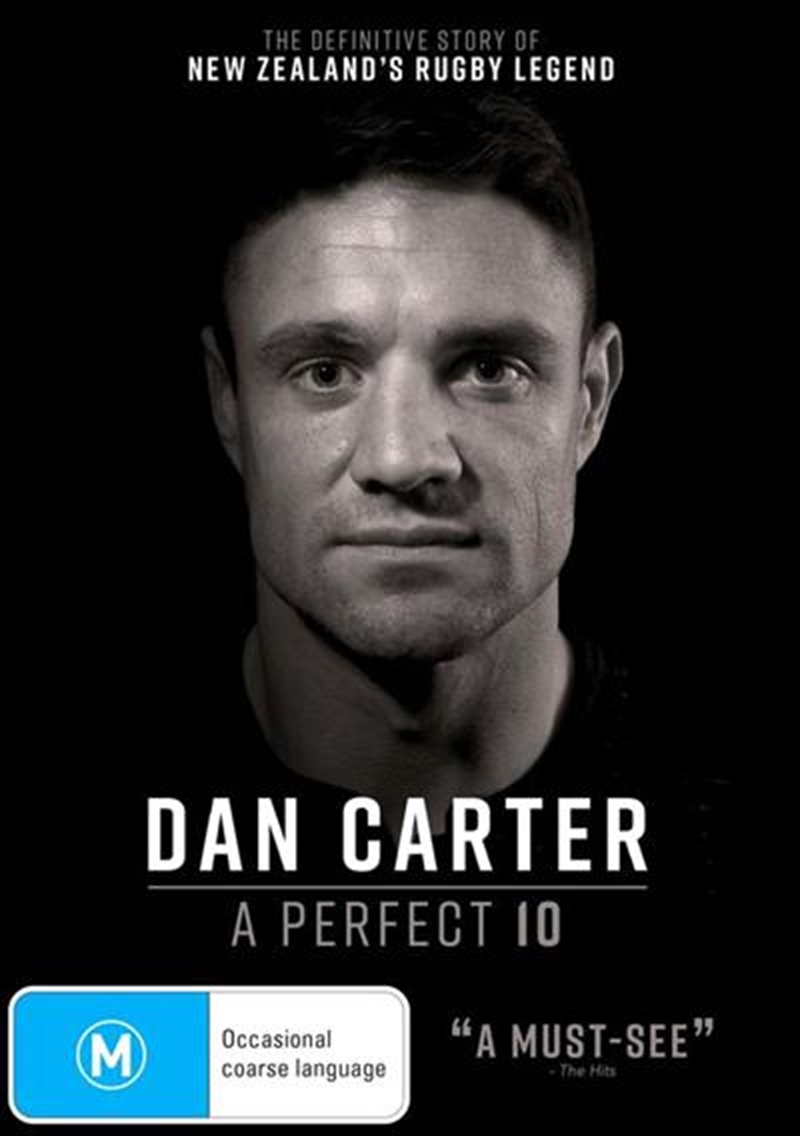 Shipping - See delivery options.
Postcode:
Quantity:
He's the country boy that became an international rugby superstar. A world record point scorer, World Cup hero and, according to many, the greatest fly-half to ever grace the game. Dan Carter also had a popularity that transcended the sport. With unique behind-the- scenes access to Carter and his family, tracing the journey from rural New Zealand to the top of the world. Revealing the pain and heartache along the way, as Carters dream was so nearly taken from him, this film gives a unique and personal insight into the poster boy of The All Blacks, the iconic team in world rugby.