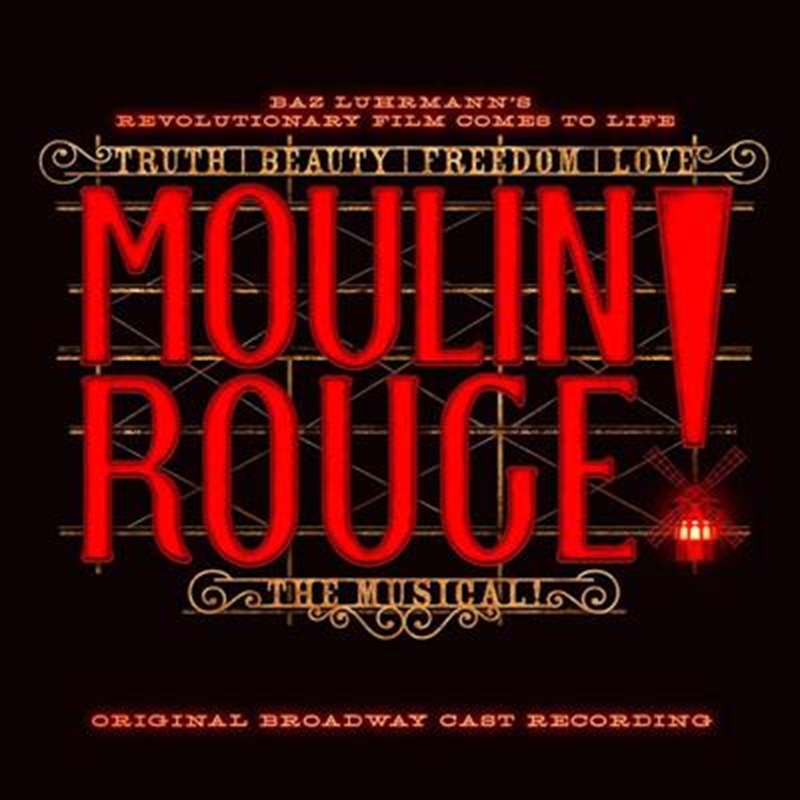 As in Baz Luhrmann’s film, Moulin Rouge! The Musical celebrates some of the greatest popular music of the last 50 years. The stage musical features many of the iconic songs from the movie and also includes recent hits released since the movie premiered 19 years ago.

The Moulin Rouge of Paris is a dazzling and spectacular universe, the symbol of the Parisian way of celebrating since 1889. Starting life as a popular cabaret and dance hall, the venue became an iconic music hall in the Roaring Twenties, and then a theatre where numerous famous French and international artistes stepped out into the limelight.

The cast of Moulin Rouge! The Musical is led by Karen Olivo (Tony Award® for West Side Story, In the Heights) as Satine, Aaron Tveit (Catch Me If You Can, Next to Normal) as Christian, Danny Burstein (six-time Tony Award®-nominee, Fiddler On the Roof, Cabaret) as Harold Zidler, Sahr Ngaujah (Tony® and Olivier award-nominee for Fela) as Toulouse-Lautrec, Tam Mutu (Doctor Zhivago, Encores!’s Hey, Look Me Over! and The New Yorkers) as The Duke of Monroth, Ricky Rojas (Burn the Floor) as Santiago and Robyn Hurder (Nice Work If You Can Get It) as Nini.

1. Welcome to The Moulin Rouge!

4. Shut Up and Raise Your Glass

8. Sympathy For The Duke

13. Only Girl In A Material World