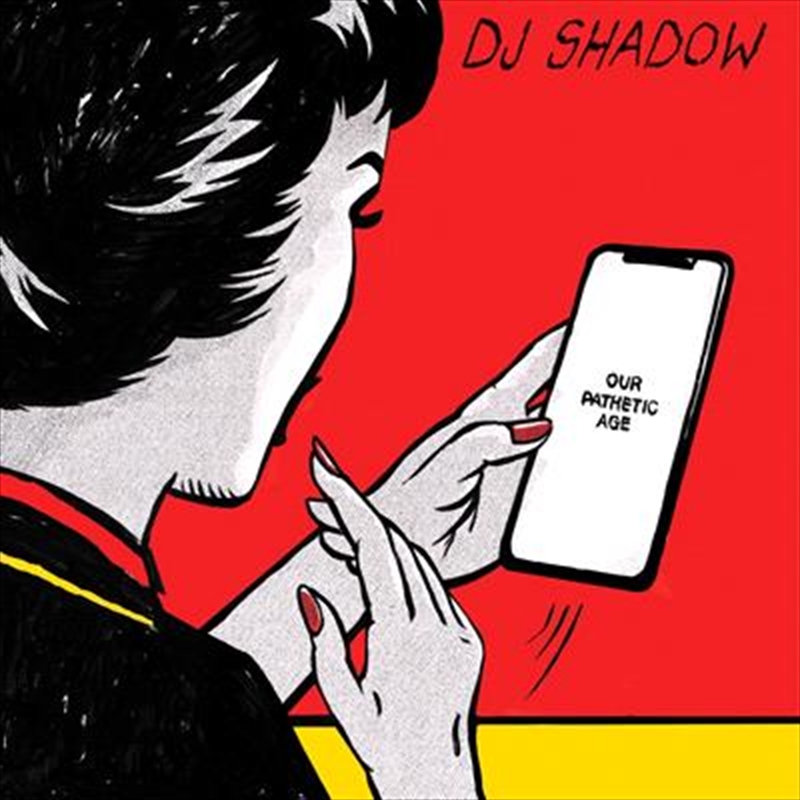 DJ Shadow has announced an ambitious double album - Our Pathetic Age - out on Mass Appeal.

Our Pathetic Age is the result of an intensely creative period that found the hip-hop and electronic innovator delving further into original composition and experimentation.

The first half of Our Pathetic Age features 11 new instrumental works that balance some of Shadow’s most menacing sounds with beams of hope, including his first fully composed orchestral piece.

The second half of Our Pathetic Age is a full album of vocal collaborations, ranging from Run The Jewels, Nas and Dave East to Sam Herring, Paul Banks and Wiki, Inspectah Deck, Ghostface Killah and Raekwon.

The album was produced by DJ Shadow, and the album art was created by Paul Insect, who also designed Shadow’s The Mountain Will Fall and Outsider covers. DJ Shadow’s The Mountain Will Fall (released in 2016 on Mass Appeal) was widely celebrated and led to a performance of “Nobody Speak” with Run The Jewels on the Tonight Show, his first #1 on Billboard’s Dance/Electronic chart, and nearly 100 dates of international touring that included Coachella and Pitchfork Paris.

“Nobody Speak,” deemed “brassy and bruising” by Rolling Stone, was featured in multiple films and commercials, and was the most played hip-hop song on alternative radio in 2018.

D19. DARKSIDE OF THE HEART