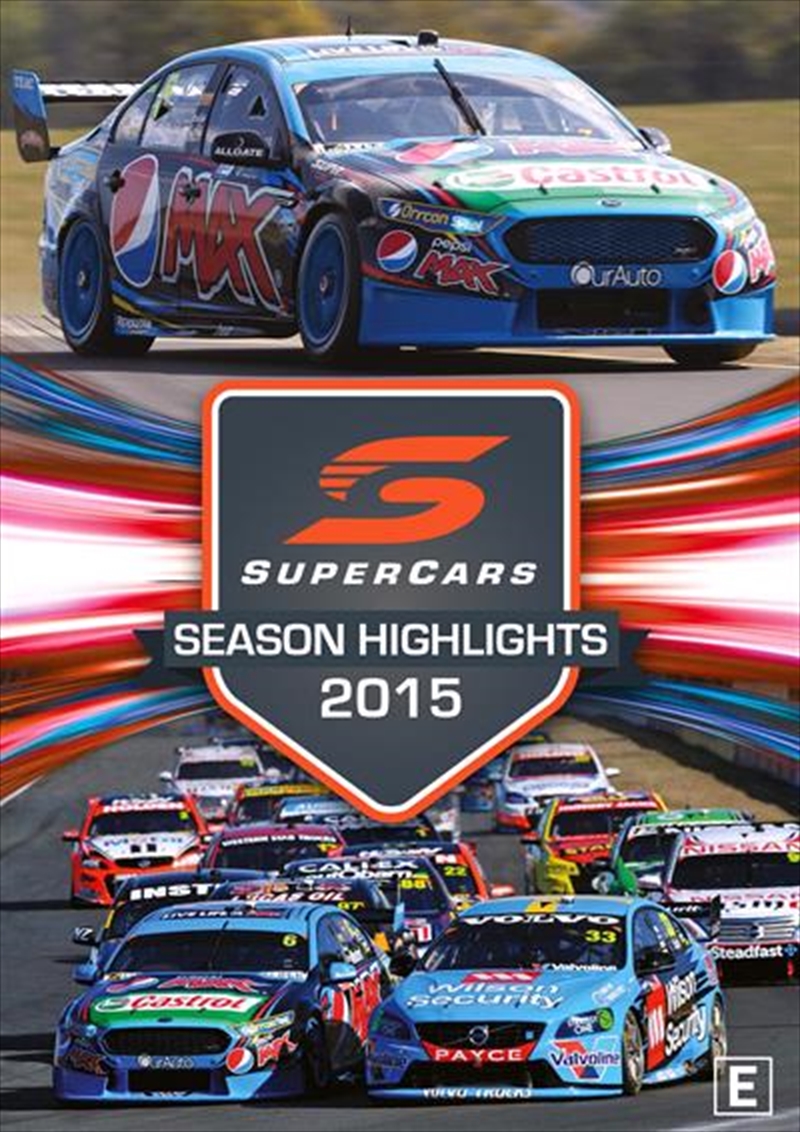 SEE MORE IN:
Supercars - Championship Series
DESCRIPTION
Strap yourself in and relive all the drama from a supercharged 2015 series that saw Jamie Whincups stranglehold on the Championship finally broken, history made on the Mountain as Craig Lowndes etched his name into V8 Supercars folklore with an incredible 6th Bathurst win, and one of the tightest Drivers Championship finishes in recent memory. No less than six drivers were vying for the title going into the final rounds. The 2015 Supercars Championship once again delivered pulsating drama and re-affirmed its status as one of the worlds premier motorsport categories. As the season entered the closing stages of 2015 all eyes shifted to the top of the leader board as Mark Winterbottom had set the pace all season and held a narrow lead. But with the likes of Craig Lowndes, David Reynolds, Garth Tander and Fabian Coulthard waiting in the wings the Championship was anything but a forgone conclusion, and the slightest mistake could mean the difference between elation or devastation. Not to be excluded from the conversation as last years runner up Shane Van Gisbergen, who had experienced mixed results after a breakout year in 2014 but was easily capable of putting together multiple podium finishes and pressuring the leaders. Sit back, relax and experience all the highlights from Australia's premier motorsport with this 2015 Season Highlights Collection.
DETAILS