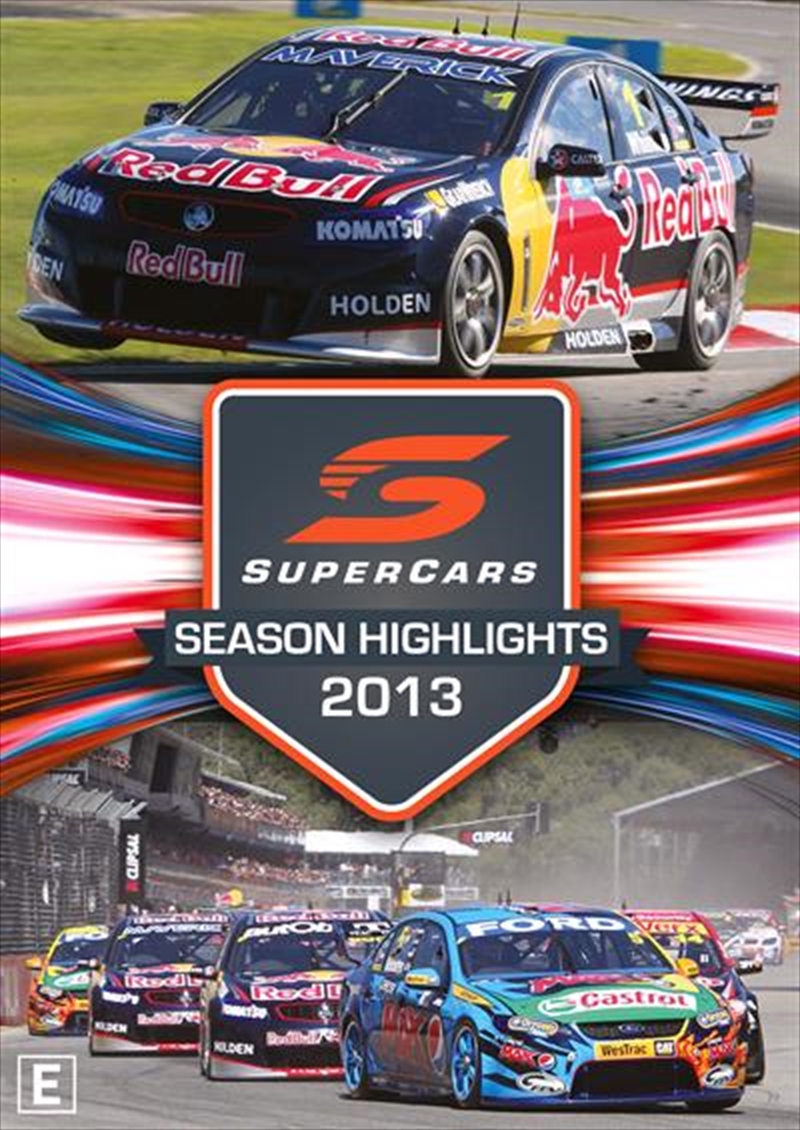 SEE MORE IN:
Supercars - Championship Series
DESCRIPTION
Between the opening event in Adelaide and the Grand Finale in Sydney some nine months later, extraordinary scenes played out on raceways across Australia and beyond its shores, as the 2013 V8 Supercars Championship was fought and won. The 2013 season signaled the beginning of a new era, as age-old rivals Holden and Ford welcomed Nissan and Mercedes-Benz to the starting grid, and the championship visited the United States for the first time. Heading into the business end of the year, all eyes were on reigning champ Jamie Whincup. With four Championships already under his belt, could J-Dub add yet another notch and put himself in the legendary company of five-time winners Ian Geoghegan, Dick Johnson and Mark Skaife? Or would his Triple Eight teammate, the consummated pro Craig Lowndes, equal Whincups haul with his own fourth title? Or would the Ford boys spoil the Holden party, with both FPRs Will Davison and Mark Winterbottom nipping at Triple Eights heels and keen to claim maiden Championships? No other racing category can compete with the pure tension and drama of Australia's iconic touring cars, as drivers push their bodies and vehicles to the limit. Strap in and get comfortable for all the high-octane highlights from the 2013 V8 Supercars Championship.
DETAILS