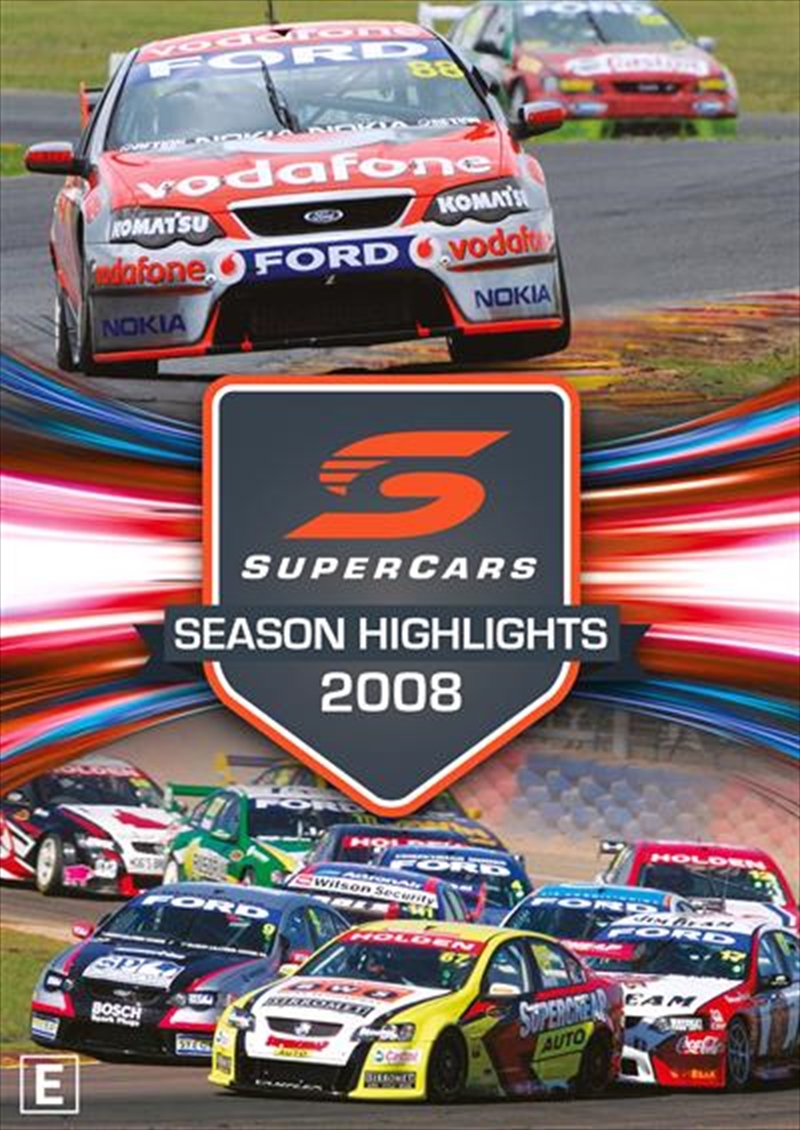 SEE MORE IN:
Supercars - Championship Series
DESCRIPTION
The 2008 V8 Supercars Championship Series was a year of celebrations and farewells. It commenced with the Clipsal 500 celebrating 10 magnificent years of racing and, after 14 hard fought rounds, it concluded in a farewell to Oran Park Raceway and the crowning of Team Vodafones Jamie Whincup as the 2008 Champion. Team Vodafone dominated the on track action with six round wins including the teams third win in a row at the Supercheap Auto Bathurst 1000. The season was not, however, completely without challenges. A crash during qualifying in the inaugural Hamilton 400 saw Whincup sidelined for the weekend. Toll HRTs Garth Tander took the win for that round. The former Champion had four round wins in total and placed 3rd overall for the season. Ford Performance Racings Mark Winterbottom was another strong competitor with two round wins and made up the top three in 2nd place. 2008 was also the year V8 Supercars farewelled one of the most successful and prolific touring car drivers in Australian motorsport, Mark Skaife. With five Championships and five Bathurst 1000 wins, Skaife will be missed by drivers and fans alike. Paul Morris also retired from full time racing making the decision to concentrate efforts on his team. The 2008 Highlights compilation offers all the best of a year full of celebrations, farewells and action!
DETAILS