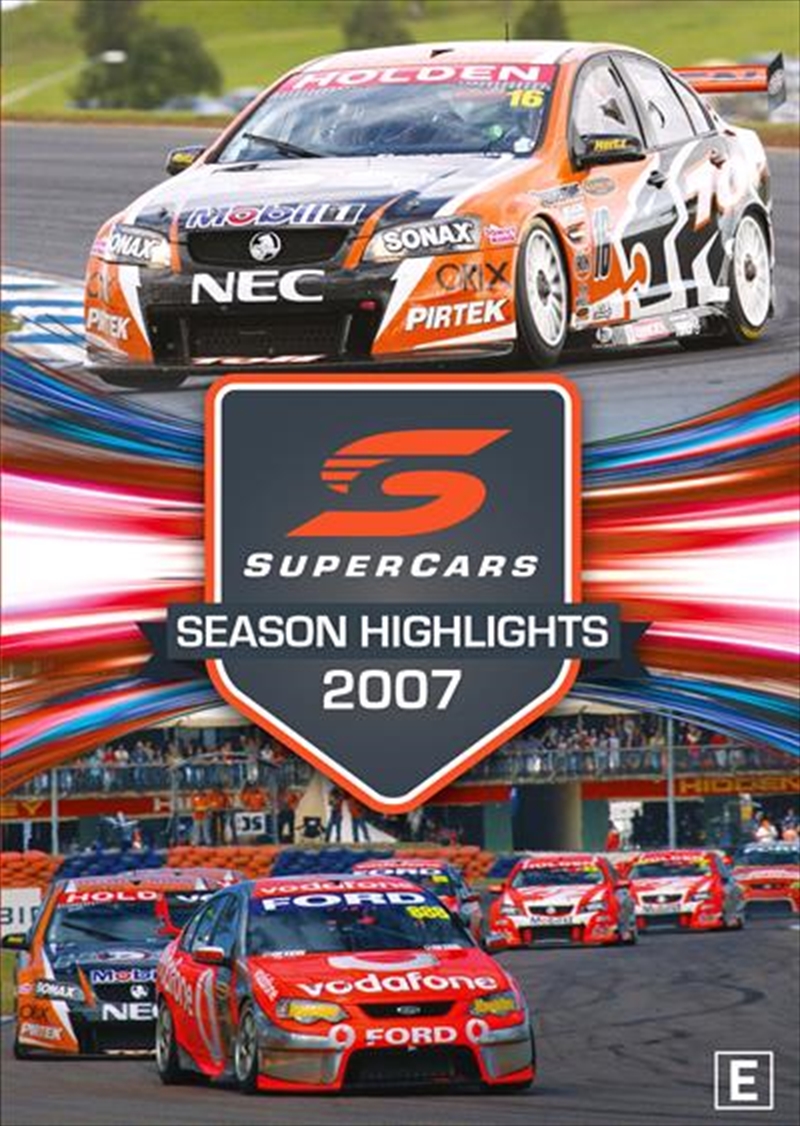 SEE MORE IN:
Supercars - Championship Series
DESCRIPTION
The 2007 V8 Supercar Championship Series was a stellar year for Australia's favourite motorsport category. It began with a memorable dual between Rick and Todd Kelly at the Clipsal 500 and went right through to the thrilling Dunlop Grand Finale at Phillip Island. It was a year of twists and turns as Garth Tander and Jamie Whincup battled in the closest finish in the history of the Championship. In the end it was Tolls HSVs Garth Tander, easily the most prolific winner 2007, who clinched the title by only two points from Team Vodafone young gun, Jamie Whincup. Whincup's teammate Craig Lowndes completed the top three for the season.The Team Vodafone duo dominated the endurance races. Lowndes and Whincup took the double at the Sandown 500 and the Supercheap Auto Bathurst 1000 which included one of the most riveting finishes to the race that stops the nation. Mark Skaife was in the action early when he found some divine intervention at Eastern Creek to break the all-time record for most event wins in the Australian Touring Car Championship and V8 Supercard Championship Series. The 38th career victory established Skaife as arguably the most successful touring car driver in Australian motorsport. It was also the year that the Championships most experienced driver, John Bowe, retired from full-time racing. The 1995 Australian Touring Car Champion clocked up his record 225th Championship round start at Phillip Island. Brad Jones also stepped out of the drivers seat, choosing to take a more hands on role in running the race team that bears his name. Re-live yet another season of spectacular V8 Supercar action including an historic visit to the Australian troops in Iraq in the bonus special features section.
DETAILS