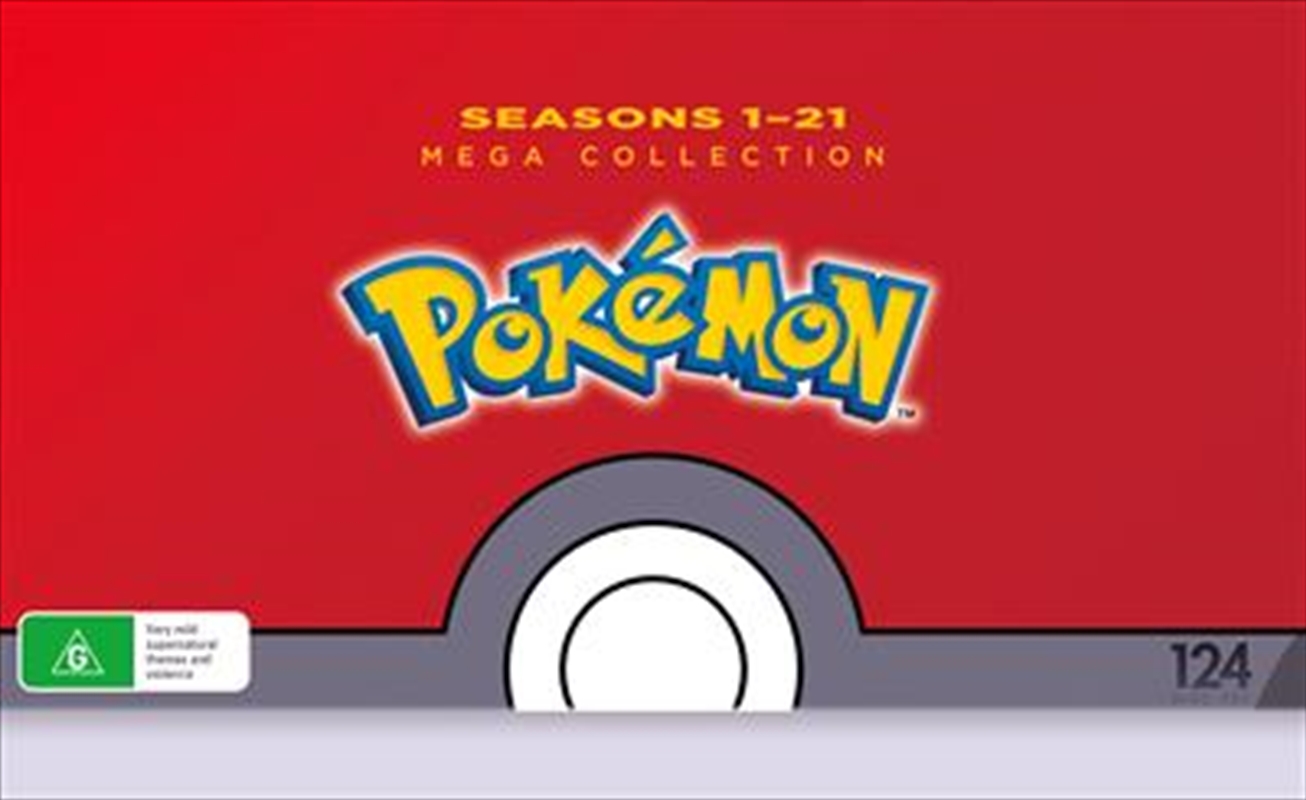 Relive Ash and Pikachu's adventures in this ultimate Pokemon animated collection! Comprising of the complete seasons 1-20, join our intrepid friends as they journey across Kanto, the Orange Islands, Johto, Hoenn, Sinnoh, Unova, Kalos and now Alola! Watch again as our eager Pokemon Trainer, Ash Ketchum, together with his new friend Pikachu, sets out to challenge Pokemon Gyms and win a spot in the Indigo League tournament, an epic journey that takes him through bustling towns, mysterious wildernesses, and everything between. Then, Ash turns from the heights of Kantos Indigo Plateau to the tropical Orange Islands, as a simple errand turns into his next big adventure: a quest to beat the top Trainers of the Orange Crew!A land where myths and legends are still very much alive: with his old friends Brock and Misty along for the ride, Ash encounters Johtos special sights and unique Pokemon, including a few Legendary ones, culminating in a Silver Conference showdown with his old nemesis, Gary Oak! Then journey to Hoenn for another adventure! From the volcanic Mt. Chimney to the wealth of islands that dot the regions shores, Hoenn is the region where elements of land and sea meet. Its more than just this that makes this place special, though Hoenn is home to scores of unique Pokemon species that inhabit the land, sea, and every place between. Ash might not be able to see them all, but he's ready to try!
There's no place like Sinnoh, the next stop on Ash Ketchum's quest to become a Pokemon Master! For Ash, there's no time to waste as he battles his way through Sinnoh, joined by his old buddy Brock and new friend Dawn, an aspiring Pokemon Coordinator. What new Pokemon will they meet, and which ones will they catch? These young Trainers cant wait to find out! In the distant Unova region, Ash and Pikachu find new rivals, new challenges, and all-new Pokemon! With the help of his new friends Iris and Cilan, Ash must face some of his toughest Gym battles yet in order to qualify for the Unova League!
Ash and Pikachu set off on their adventures in the Kalos region! Along the way, they're joined by a new group of companions on the journey: Clemont, his little sister Bonnie, and Serena. In between Gym battles, Ash and friends explore this unique region, meeting all kinds of new Pokemon and looking into a fascinating new Pokemon mystery: Mega Evolution! What starts as a summer vacation in the tropical Alola region turns into the next exciting chapter in Ash Ketchum's quest to become a Pokemon Master! There's plenty for Ash and Pikachu to explore in this sunny new region, with exciting new Pokemon to discover and interesting people to learn from along the way including the cool Professor Kukui and the fun-loving Samson Oak. There'll be new Trainers, too Kiawe, Lana, Mallow, and Sophocles and don't forget those always-vexing foes: Team Rocket!
With 124 discs and approximately 375 hours of content, this ultimate collectors set is the ultimate gift for the ultimate Pokemon fan!