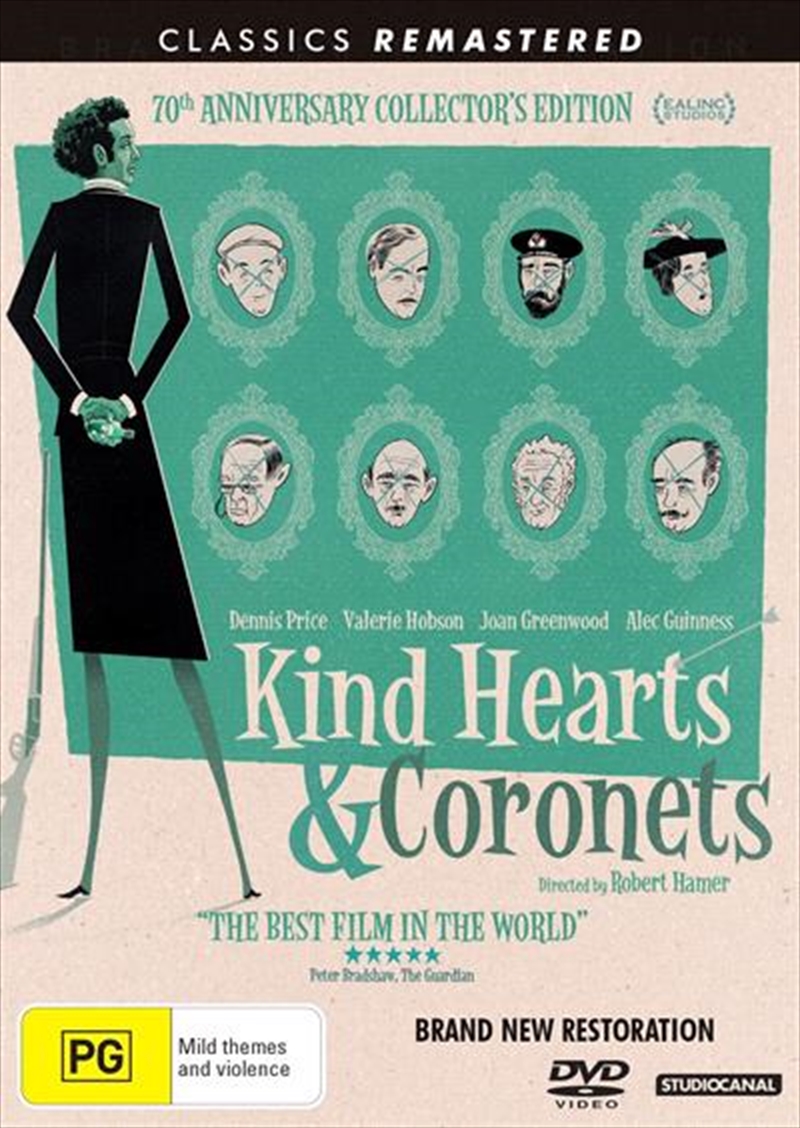 A classic of British cinema, hatched from Ealing's Golden Age, Kind Hearts & Coronets is the hilarious tale ofa distant poor relative of the Duke of D'Ascoyne, whoplots to inherit the title by murdering the eight other heirs who stand ahead of him in the line of succession. Oscar winner Alec Guinness (Star Wars Episode IV: A New Hope) expertly portraysthe eightunsuspecting members of the aristocratic D'Acoyne family -targeted one by one by outcast cousin Louis Mazzini (Dennis Price) who has a sinister grudge against the family. Desperate to avenge the honour of his deardeparted mother, Louis will not stop until herposition in the family is given the respect it duly deserves. In thewickedtradition of Ealing classics The Lady Killers and School For Scoundrels,Kind Hearts and Coronets is agenteel comedy of class and circumstance - a witty tale of outrageous revenge.