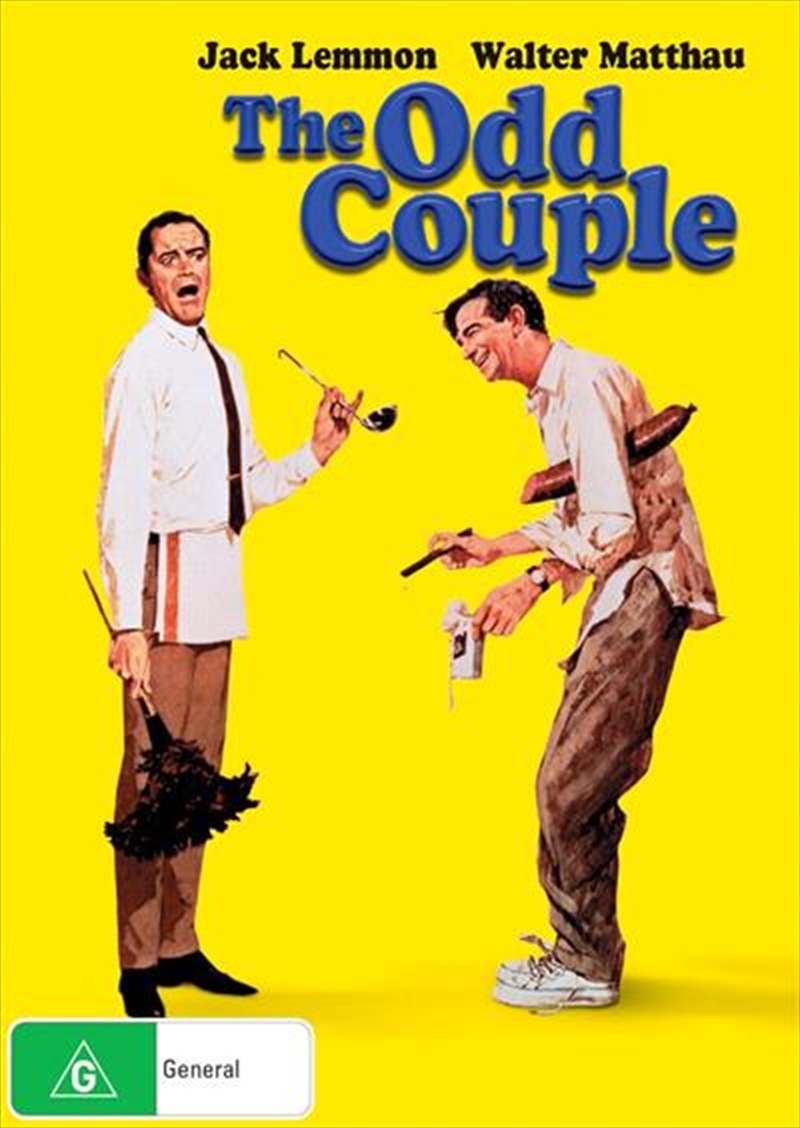 DESCRIPTION
Jack Lemmon and Walter Matthau are The Odd Couple...say no more.

Neil Simon has a special genius for finding the great hilarity in ordinary people doing everyday things. Like two divorced men who decide to share a New York apartment. That's the premise of The Odd Couple, though there's nothing odd in the casting of two Oscar-winning talents like Jack Lemmon and Walter Matthau. The two veteran funnymen work together with the precision timing of a vaudeville team, but always with bright spontaneity. Lemmon plays fussy Felix, fastidious to a fault. He proves that cleanliness is next to insanity. Mattau is Oscar, who wreaks havoc on a tidy room with the speed and thoroughness of a tornado. An enduring and endearing picture, with the intelligence one usually misses in comedies.
TRAILER
DETAILS