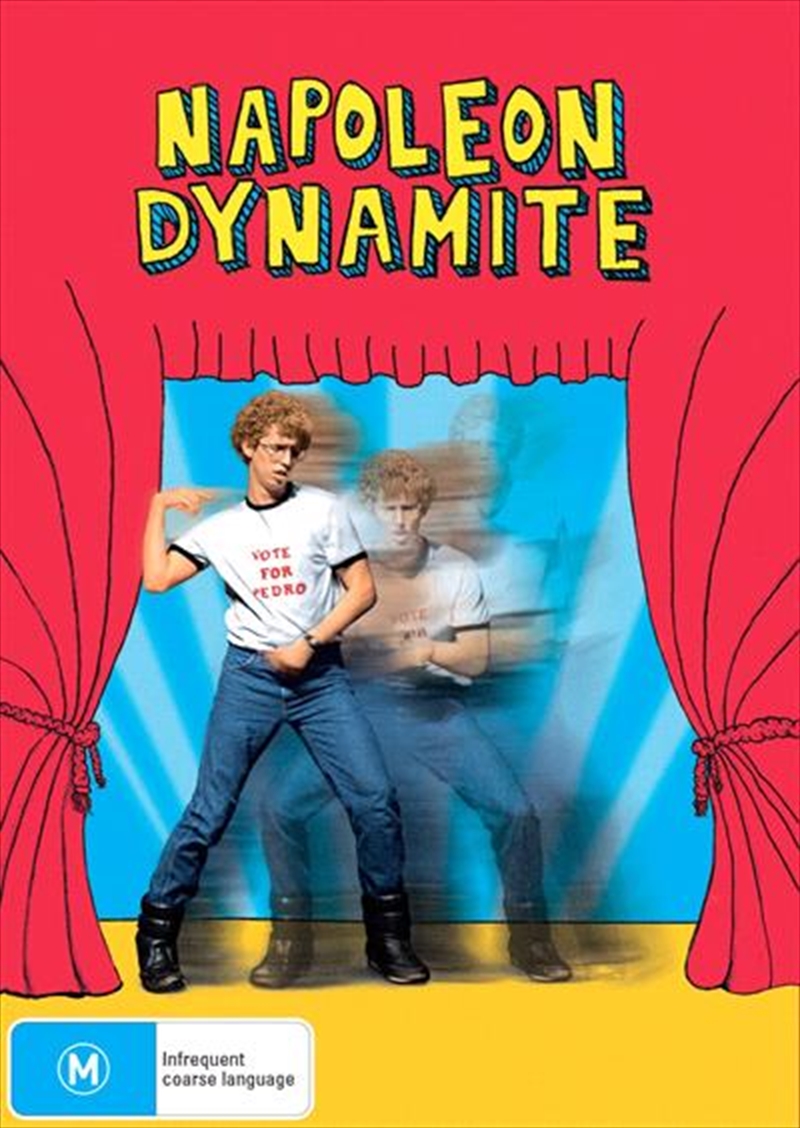 DESCRIPTION
He's out to prove he's got nothing to prove.

Preston Idaho's most curious resident Napoleon Dynamite (Jon Heder) lives with his grandma and his 32 year old brother who cruises chat rooms for ladies. Napoleon works to help his best friend Pedro (Efren Ramirez) snatch the Student Body President title from mean teen Summer Wheatley (Haylie Duff). Your wildest dreams just came true - here's a laugh-out look at the world of Napoleon Dynamite in Like, the Best Special Edition Ever! This all new 2-disc set is more fun than a barrel of ligers: follow heart with two outrageous audio commentaries; feed your inner llama with behind-the-scenes footage; reach for the stars with brand-new documentaries and more!Meet the pride of idaho The man with no plan A nerd undeterred. He's Napoleon Dynamite, and hanks to his special skills and new friends, Pedro and Deb, life at Preston High School will never be the same. Now if only he can survive life at home with his idiot brother, Kip, and scheming 14 Uncle Rico. Are you ready to get your groove on? Yessssss!
TRAILER
DETAILS