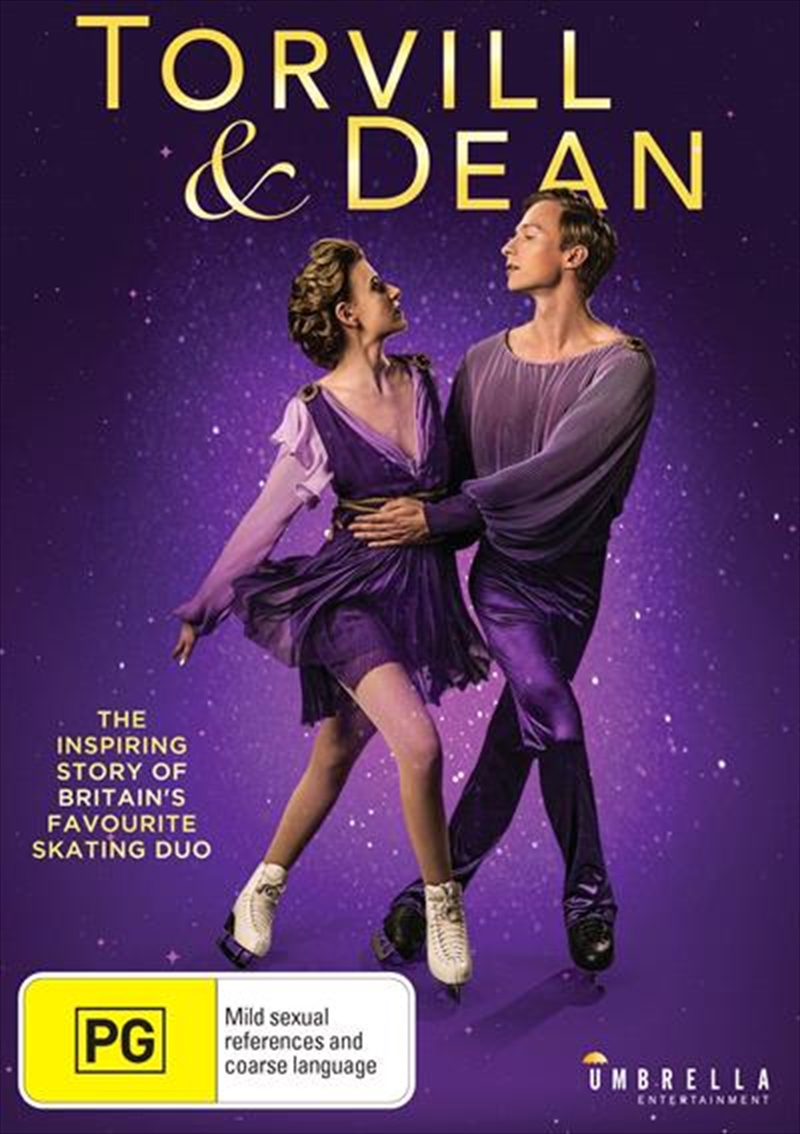 An entertaining, surprising and moving drama tells the story of how the ace skating duo of Jayne Torvill and Christopher Dean found each other and formed their highly successful and enduring partnership.Charting the journey from their first encounter at Nottingham Ice Rink as children, through their formative and sometimes tempestuous pathway to their phenomenal Olympic success with Bolero.Chris (Will Tudor, Game of Thrones) grew up in humble surroundings in the town of Calverton Notts where his father was a miner. His mother left home when he was just 10. When his newly arrived stepmother moves in and gives him a pair of ice skates by way of a peace offering, Chris soon finds a way to escape and transcend his troubles at the ice rink.Jayne (Poppy Lee Friar - Mr Selfridge, The Bill) stifled by her parents (Stephen Tompkinson, Brassed Off and Jo Hartley, This Is England) in nearby Clifton, looks to the ice rink for a transformation. She finds an alternative family there in the form of Miss Perry (Anita Dobson, The Bill) and Ted (Mark Benton, The Imaginarium of Doctor Parnassus). And later their coach Janet Sawbridge (Jaime Winston, Tomb Raider) and mentor Betty Calloway (Annabelle Apsion, About a Boy).Jayne and Chris struggle to navigate the extremely difficult line of their own emotional complexities versus a rocky creative relationship. Eventually evolving into an innovative and unbeatable combination.