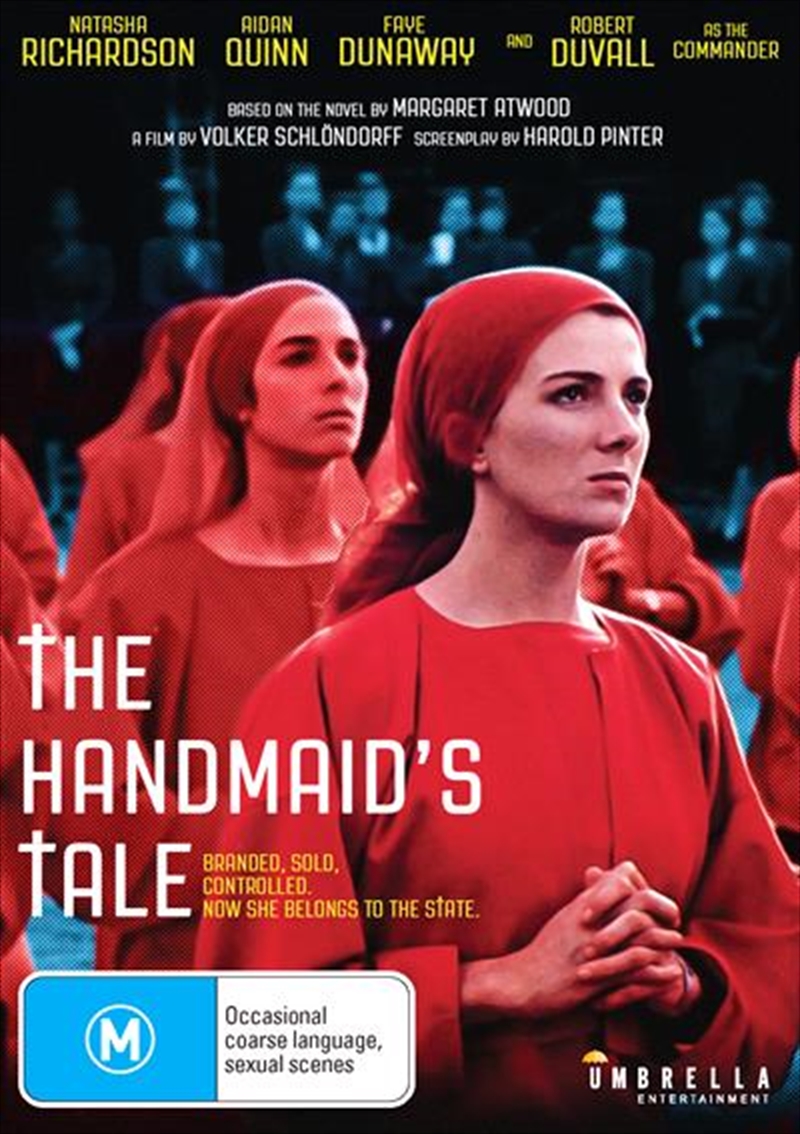 With cool eroticism, intelligence and intensity (Playboy), this eerie futuristic thriller, based on Margaret Atwoods controversial and critically acclaimed best-selling novel, is filled with large themes and deep thoughts (Roger Ebert). Boasting a phenomenal cast including Natasha Richardson (Nell), Aidan Quinn(Legends Of The Fall) and Oscar winners Faye Dunaway (Network), Robert Duvall (Tender Mercies), this film dazzles with its ingenuity and shocks with its outrageousness (WNCN Radio)!In the not-so-distant future, strong-willed and beautiful Kate (Richardson) possesses a precious commodity that most women have lost and most men want to control fertility. Forced into a brain-washing bootcamp that turns fertile women into surrogate mothers for social-elite men and their infertile wives, Kate thinks shes made out well when shes assigned to an eminent party leader (Duvall). But when she learns that hes sterile, shes faced with the impossible choice: produce him an heir or die!