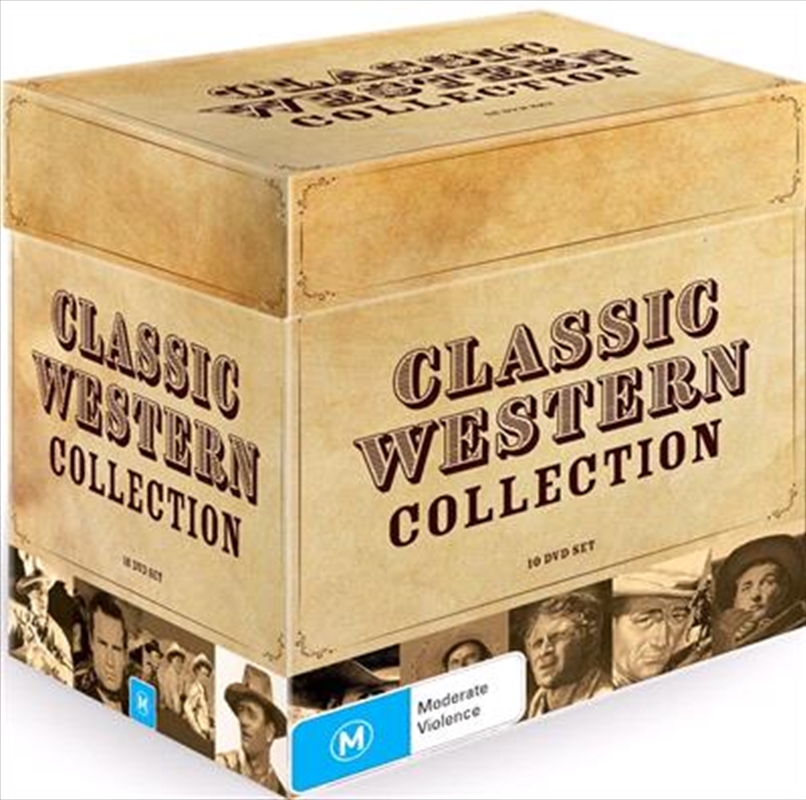 THREE VIOLENT PEOPLE: When Confederate officer Colt Saunders returns to his Texas ranch after the war, he finds his lands wanted by carpetbaggers and by corrupt provisional government commissioners Harrison and Cable.

TRACK OF THE CAT: Around the turn of the 20th century, during a harsh northern California winter, members of a ranching family are squabbling among themselves while the two oldest sons go hunting for a panther that is killing their livestock.

WILL PENNY: Aging cowboy Will Penny gets a line camp job on a large cattle spread and finds his isolated cabin is already occupied by a husbandless woman and her young son.

OVERLAND STAGE RIDERS: After gold shipments from a mining town have been hijacked, the three Mesquiteers buy a plane to fly the gold out. The owner of the shipping line brings in Eastern gangsters to thwart them.

SANTA FE STAMPEDE: An old friend of the Mesquiteers strikes gold and plans to give the trio half the claim. But the town's crooked mayor and his ruthless henchmen have their own ideas. Murder follows in their path and Stony (John Wayne), is accused of the crime.

ACE HIGH: A recently-escaped bandit forms an unlikely alliance with two bounty hunters and an acrobat to get revenge against the people who framed him.

THREE TEXAS STEERS: A Three Mesquiteers Film: A lovely circus owner has a ranch that she has never visited, but for sentimental reasons won't sell to Mike Abbott. Her partners, secretly in league with Abbott, sabotage the circus to force Nancy to sell the ranch; instead, she goes there to live. Will her neighbours, the Three Mesquiteers, be a match for the secret swindlers?

NEVADA SMITH: A half American Indian and half white teenager evolves into a hardened killer as he tracks down his parent's murders.

HONDO: Army dispatch rider Hondo Lane discovers a woman and young son living in the midst of warring Apaches and becomes their protector.