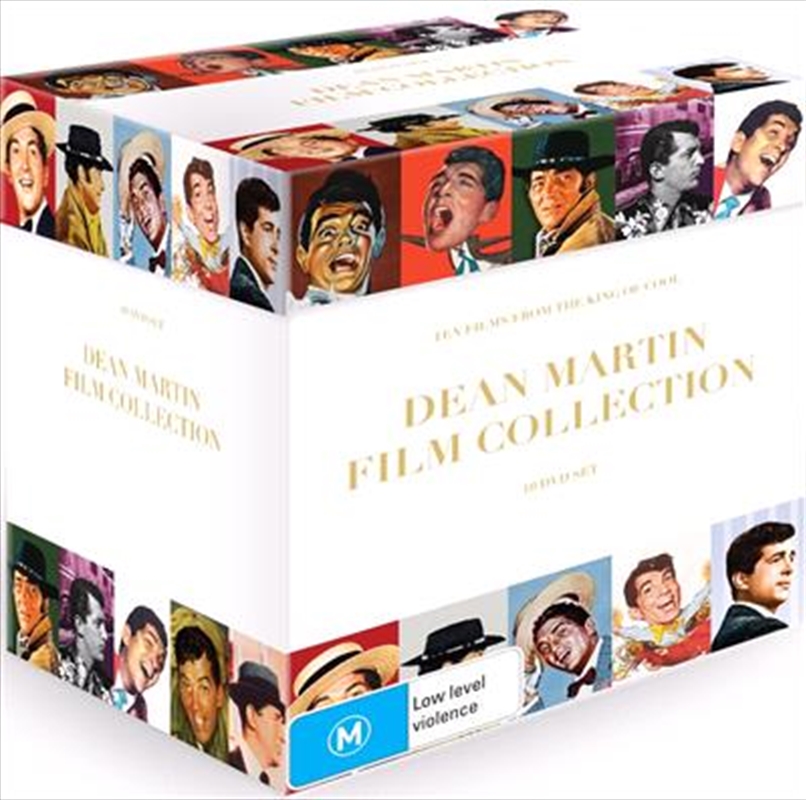 MY FRIEND IRMA: A scatterbrained Brooklynite and her wheeler-dealer fiance interfere in her level-headed roommate's love life.

MY FRIEND IRMA: GOES WEST: En-route to Hollywood, singer Steve, his partner Seymour and fiannce Jane, Jane's air-headed roommate Irma and Irma's con artist fiance Al have a series of misadventures and end up involved with a murderous gang.

SCARED STIFF: Fleeing a murder charge, a busboy and a nightclub singer wind up on a spooky Caribbean island inherited by an heiress.

THE STOOGE: Egotyistical vaudevillian Bill Miller basks in the limelight with his successful musical-comedy act, but his success is due to his unheralded second banana.

JUMPING JACKS: Nightclub comic Hap Smith assumes the identity of another soldier so he can tour army bases in a revue with his ex-partner Chuck Allen.

HOLLYWOOD OR BUST: A singer, who cannot pay his bookie, joins a nerdy, star-struck movie fan and his Great Dane in a cross-country convertible ride to Hollywood.

ARTISTS AND MODELS: Rick Todd uses the dreams of his roommate Eugene as the basis for a successful comic book.

ALL IN A NIGHT'S WORK: Tony Ryder takes over his dead uncle's media empire while trying to keep quiet the mysterious circumstances of his death in a Palm Beach hotel room.

FIVE CARD STUD: The players in an ongoing poker game are being mysteriously killed off, one by one.

WHO'S GOT THE ACTION?: A hunch horse-player's marriage is threatened by his betting ways; in desperation, his wife becomes his bookie.