Angels In The Snow / Back To Christmas 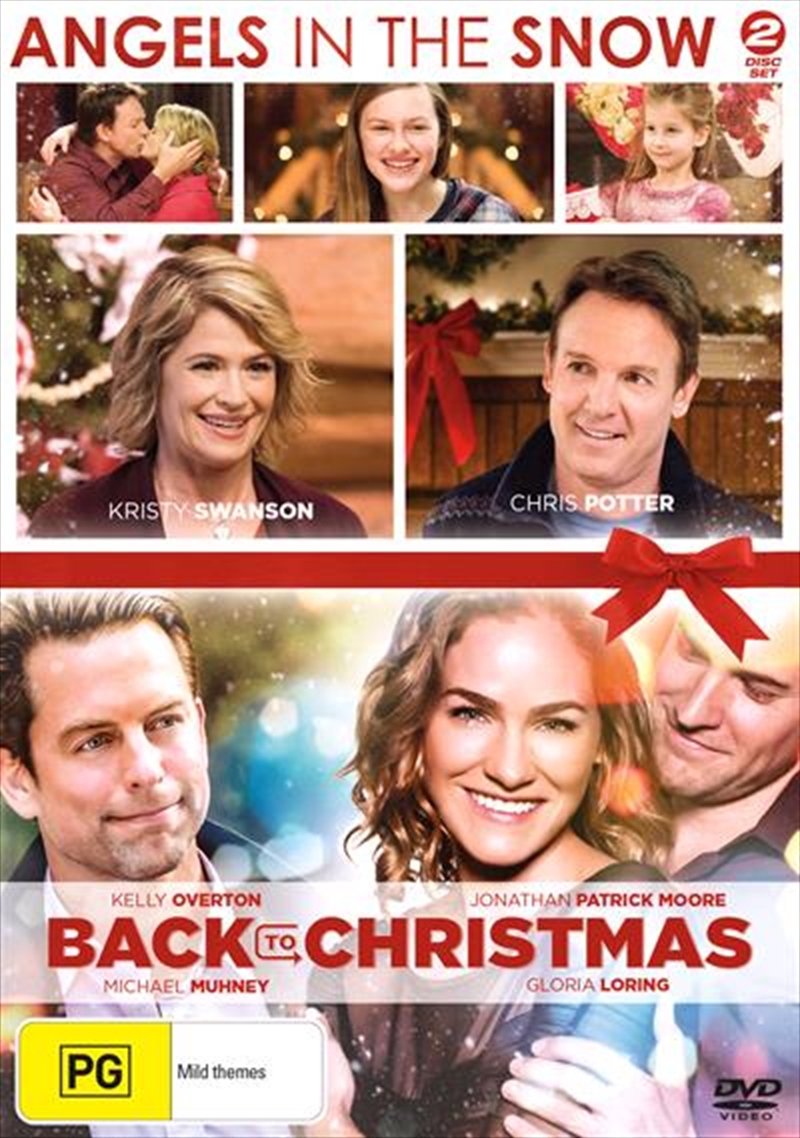 Angels In The Snow / Back To Christmas

Angels In The Snow / Back To Christmas DVD

ANGELS IN THE SNOW - The Montgomerys - parents Charles and Judith, and their three children, fifteen year old Alexander, fourteen year old Jennifer and adolescent Emily - are spending Christmas at a new, isolated, state-of-the-art mountain cabin built by Charles' development company in upstate New York. Outwardly Charles built it so that they can spend time there to reconnect as a family, but they all know that he really built it to support the business. They as a family have long not been happy, as workaholic Charles is always concerned the company is close to folding, especially if he doesn't keep an eye on matters, while Judith feels like he treats their entire family as second priority to the work and the associated money and material wealth. They make it to the cabin just before a major snowstorm hits the area. They receive a surprise knock on their door from the Tuckers - parents Joe and Amy, and their two children, fifteen year old Robbie and fourteen year old Lucie - who ran off the road in their ...
BACK TO CHRISTMAS - Trying to skip out on Christmas, Ali turns to work during the holidays. After running in to her ex and his new girlfriend, Ali starts to think about her past and how things might have gone differently had she not broken up with him a year before on Christmas Eve. Upon meeting a kind stranger at a diner, who encourages Ali to believe in the magic of the holidays, Ali admits that she would redo last Christmas if she could. The next morning, she wakes to realize that her second chance has come true but changing history is no easy task, and Ali has her hands full trying to navigate every decision to make sure that this time around she ends up with the love of her life.
DETAILS

Title: Angels In The Snow / Back To Christmas