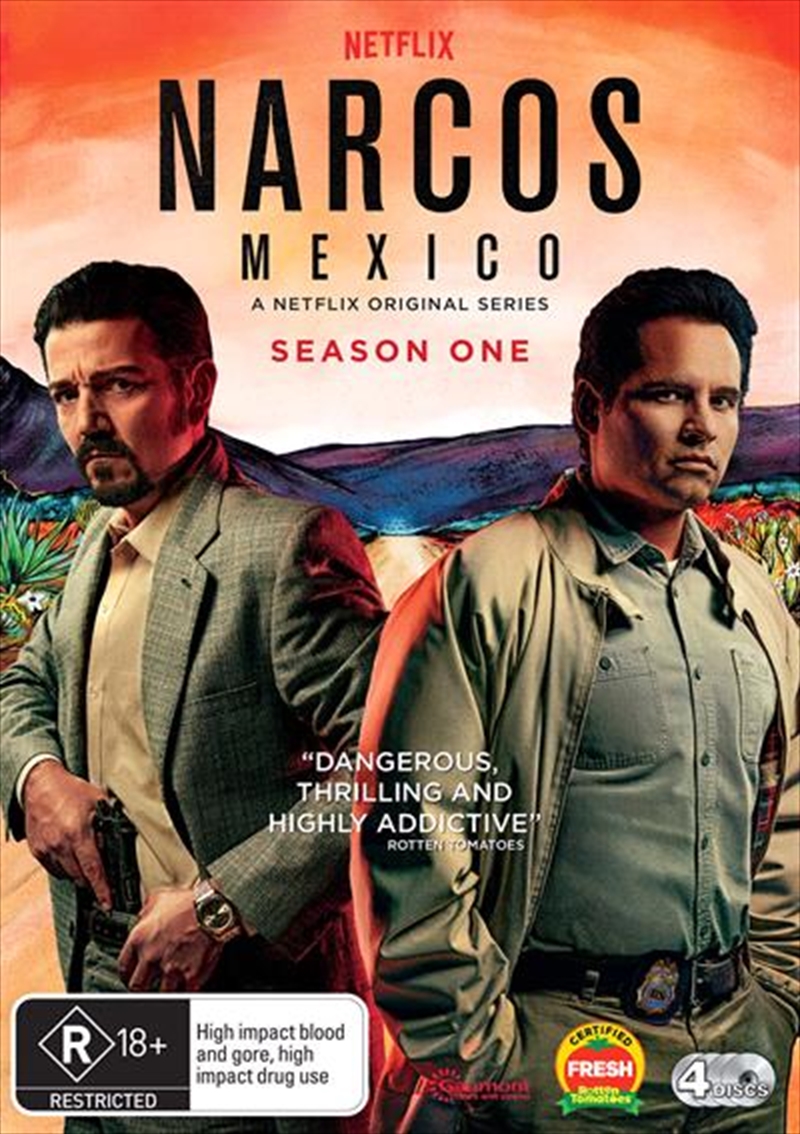 DESCRIPTION
The route of all evil.

The acclaimed series continues with an exciting new chapter that takes us back before Pablo, before Cali, to where it all started: the first shots fired in the War on Drugs. If Colombia was the far-flung empire of money-mad cocaine kings, Mexico was, and continues to be, the front-line of the drug war: a war that increases in its savagery every year. In Narcos Mexico Season One, we will get to know a different DEA than we have previously seen on the show, green to the ways of this war, but one that will quickly come of age as the death of one of their own marks their arrival. We will also witness the rise of one of the most successful drug empires of all time, the Guadlajara Cartel, and see the beginning of its spectacular dissolution.
DETAILS