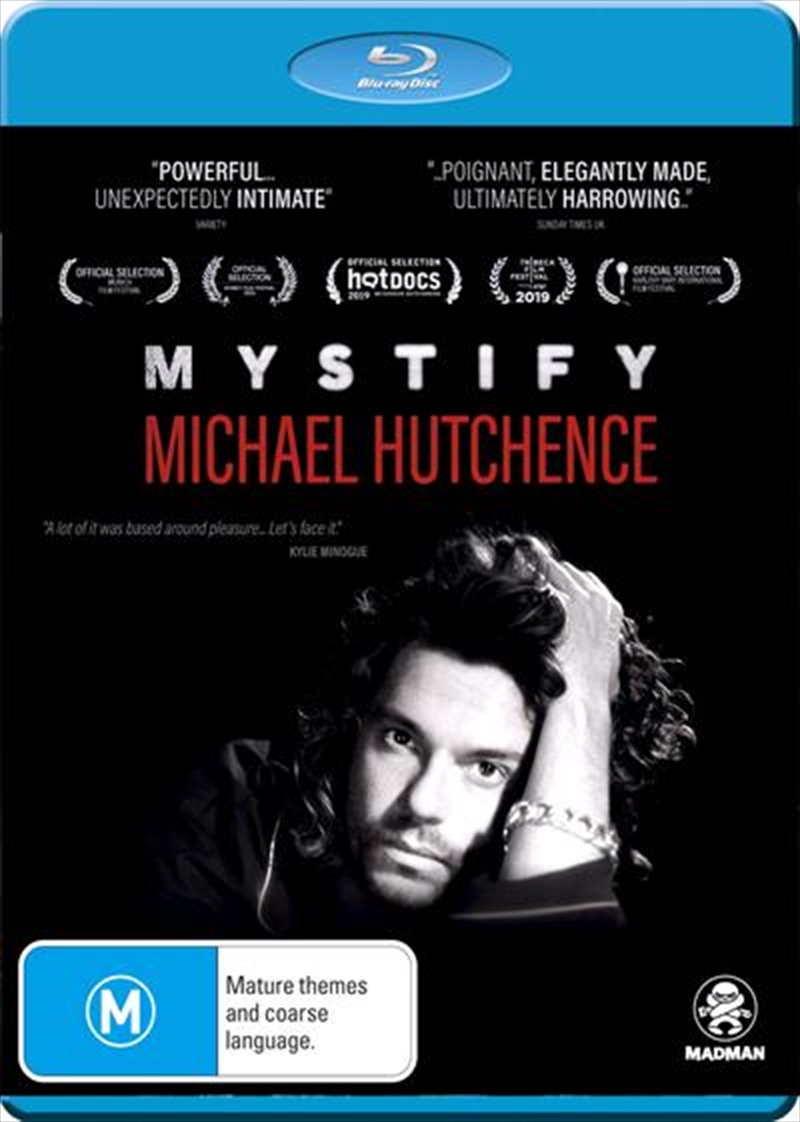 SEE MORE IN:
INXS Documentaries
DESCRIPTION
An intimate look inside the personal life of an International icon

MYSTIFY MICHAEL HUTCHENCE is a powerfully intimate and insightful portrait of the internationally renowned frontman of INXS, Michael Hutchence. Deftly woven from an extraordinary archive of rich imagery, Michaels private home movies and those of his lovers, friends, and family, the film delves beneath the public persona of the charismatic Rock God and transports us through the looking glass to reveal a multifaceted, intensely sensitive and complex man. For an all too brief time, we revel in Michaels Dionysian beauty and sensuality on stage and off. We listen to the range of his extraordinary voice and witness the charmed way he travels through life as he is propelled to world acclaim. But Michael struggled with the idea of success, the creative limits of pop stardom and how to express his integrity; a longing that shaped his life and music and gave birth to a desire to go far beyond the constraints of pop.A violent event strikes Michael and changes his life dramatically, fracturing his sense of self and robbing him of his connection to life. Made vulnerable, he is unable to navigate the complex challenges he faces, and has little defence against the onslaught of the tabloid press that descend on his world. Amidst the darkness, Michaels newborn daughter, Tiger, becomes his one bright light. MYSTIFY MICHAEL HUTCHENCE is written and directed by Richard Lowenstein, director of the majority of both INXS and Michael's music videos and the 1986 feature film, Dogs in Space, in which Michael played the lead.
TRAILER
DETAILS