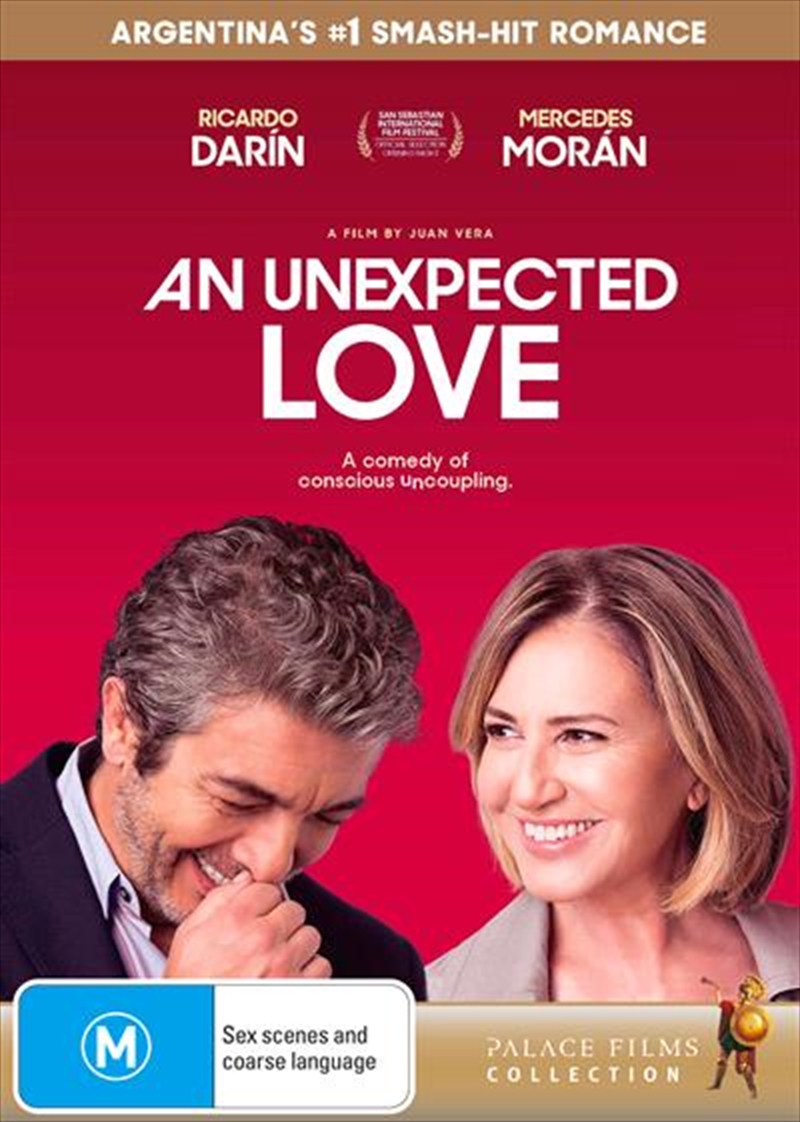 When Ana (Morn, Neruda, The Motorcycle Diaries) and Marco (Darn, Truman, Wild Tales) arrive at the airport to farewell their son Luciano, who is leaving his Argentine homeland to study abroad, they are filled with certainty that theyve done well as parents. However his departure leaves a significant hole in their everyday lives, and after more than twenty years of marriage, both reluctantly come to admit that their feelings for each other have shifted. So as if it were one last project together, Ana and Marco decide to consciously uncouple, and begin to explore the surprising and sometimes wonderful world of the newly-single, to hilarious and unexpected results. This wonderful showcase for its two leads unsurprisingly stormed the local box office, becoming one of Argentinas biggest hits of the year. Intelligent, warm and wise, AN UNEXPECTED LOVE is a sheer delight.