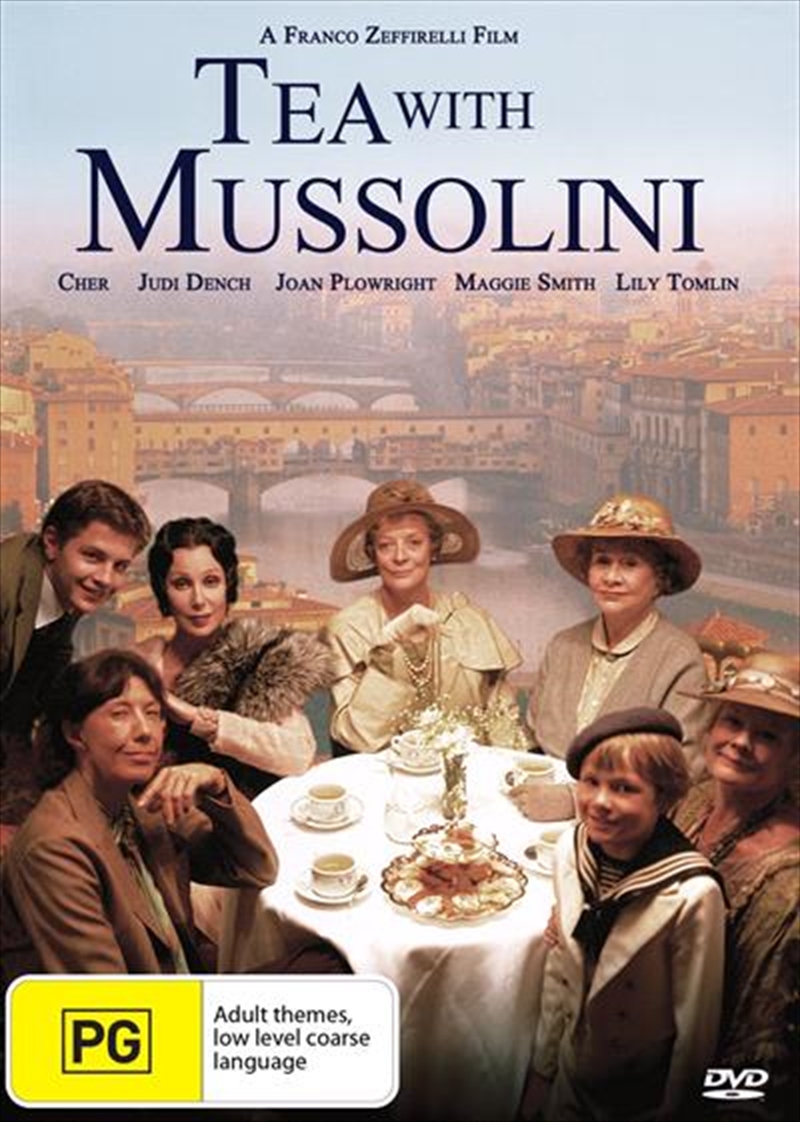 DESCRIPTION
A story of civilized disobedience

Florence 1934: A diverse group of cultured ladies meet for tea each afternoon: Lady Hester Random (Maggie Smith), widow of the British Ambassador to Italy, Arabella (Judi Dench), an artist and singer, Georgie (Lily Tomlin), the exuberant American archaeologist, and the brash and uninhibited Elsa (Cher). One of their fold, Mary (Joan Plowright), becomes surrogate mother to a young boy, Luca, and he is soon virtually adopted and brought up by the group of ladies. But the shifting political climate begins to have serious consequences for this unconventional community and the maturing Luca must face up to a personal challenge of independence. Director Franco Zefferelli (Hamlet, The Champ, Romeo and Juliet), with co- screenwriter John Mortimer, based Tea With Mussolini on his own experiences growing up in Florence.
DETAILS