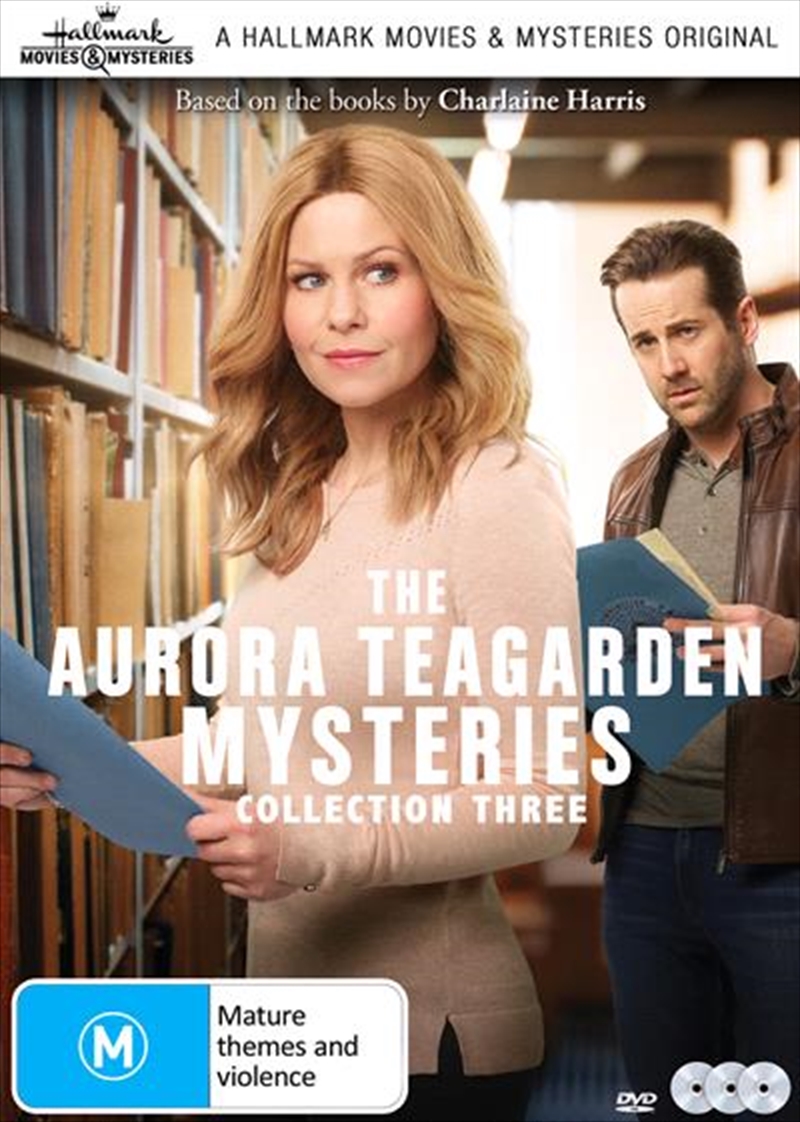 Twenty-eight-year-old Aurora (Roe) Teagarden is a professional librarian and belongs to the Real Murders club, a group of 12 enthusiasts who gather monthly to study famous baffling or unsolved crimes..... Collection Three features three more thrilling movies based on the bestselling mystery novel series from author Charlaine Harris, who has sold over 20 million books and one of the most celebrated crime/mystery fiction writers of her generation. Movies Included:
1. A Very Foul Play - Regina, the long-lost niece of Aurora's boyfriend, Martin, turns up with a baby. Before Martin has a chance to reconnect with Regina, she disappears leaving a dead husband, Craig, on Aurora's balcony and her baby, Hayden, hidden in Aurora's bathtub.
2. An Inheritance to Die For - Sally Allison's Aunt is poisoned during a family wedding reception and Aurora Teagarden vows to get to the bottom of the crime, especially when her mother, a friend of the dead woman, stands to inherit the bulk of the massive estate.
3. A Game of Cat and Mouse - A Hollywood film crew descends on the town of Lawrence town to produce a film based on a book written by Aurora's onetime boyfriend Robin Crusoe. However, when the lead actress, who is playing Aurora, is killed, the real Aurora and the Murders Club must investigate a long list of suspects.
DETAILS