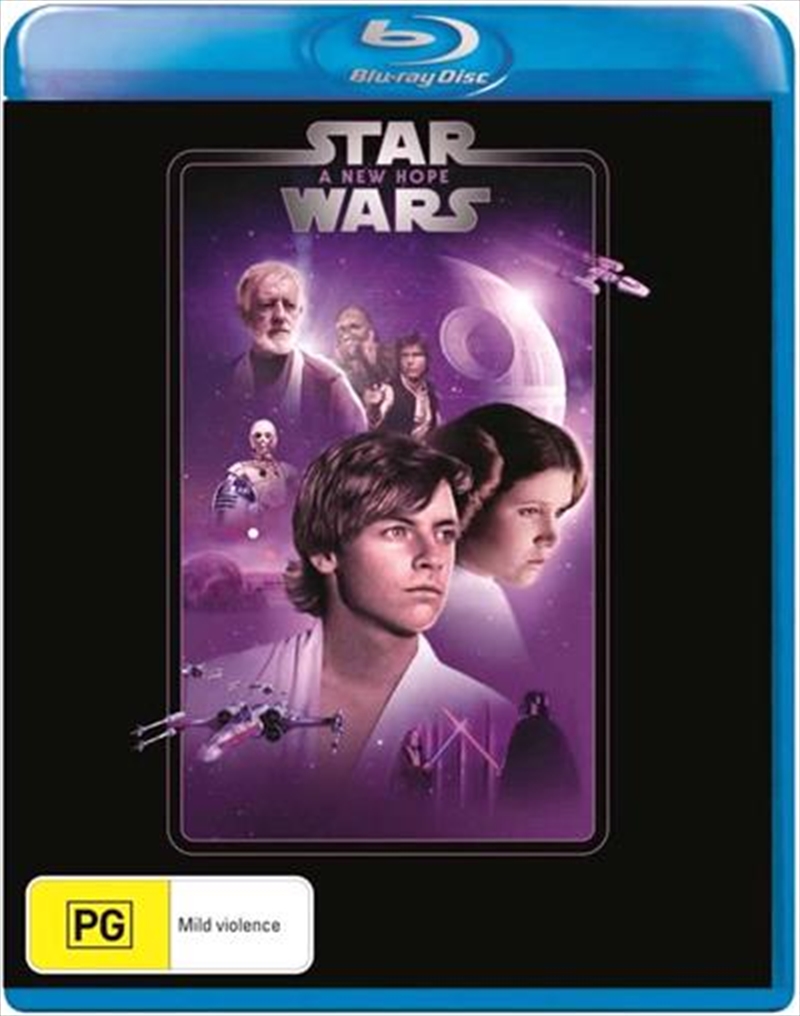 SEE MORE IN:
4 for $50 DVD, Blu-ray & More Everything Star Wars
DESCRIPTION
A long time ago in a galaxy far, far away...

The Jedi Knights have been exterminated and the Empire rules the galaxy with an iron fist. A small group of Rebels have dared to fight back by stealing the secret plans to the Empire's mightiest weapon, the Death Star battle station. The Emperor's most trusted servant, Darth Vader, must find the plans, and locate the hidden Rebel base. Princess Leia, a captive Rebel leader, sends out a distress signal that is intercepted by a simple farm boy, Luke Skywalker. Seizing his destiny, Luke takes up the challenge to rescue the princess and help the Rebellion overthrow the Empire, along with such unforgettable allies as the wise Obi-Wan Kenobi, the cocky Han Solo, the loyal Chewbacca, and the droids R2-D2 and C-3PO.
TRAILER
DETAILS