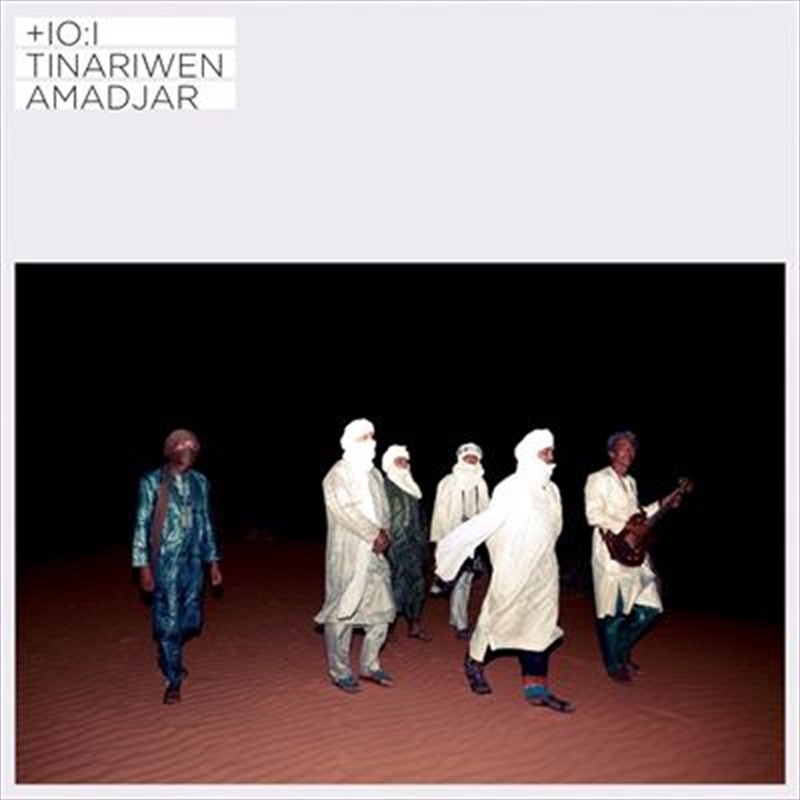 Their discography - stretching out over the last 17 years - plus all the tours and the international recognition have changed nothing: Tinariwen are still a desert band, only certain aspects of which the western music industry can ever hope to capture and present.

'Amadjar', the ninth Tinariwen album, is as close as you can get to Tinariwen. And also, therefore, to the idea that things can evolve: bassist Eyadou plays a lot of acoustic guitar; percussionist Said tries his hand at new instruments and the violin that appears on several songs and reminds you of the traditional imzad is actually played by Warren Ellis. The violinist in Nick Cave's band is one of several western guests on the album. We also hear the mandolin and charango of Micah Nelson (son of the country music giant Willie Nelson and Neil Young's guitarist) and the guitars of Stephen O'Malley (Sunn O)))), Cass McCombs and Rodolphe Burger. The album is mixed by Jack White's buddy Joshua Vance Smith.

'Amadjar' means 'the unknown visitor' in Tamashek, the one who seeks hospitality and who's condemned to an inner exile, within a territory or within himself; just like the members of Tinariwen, who feel at home on the journey, around the fire with a few immutable songs.