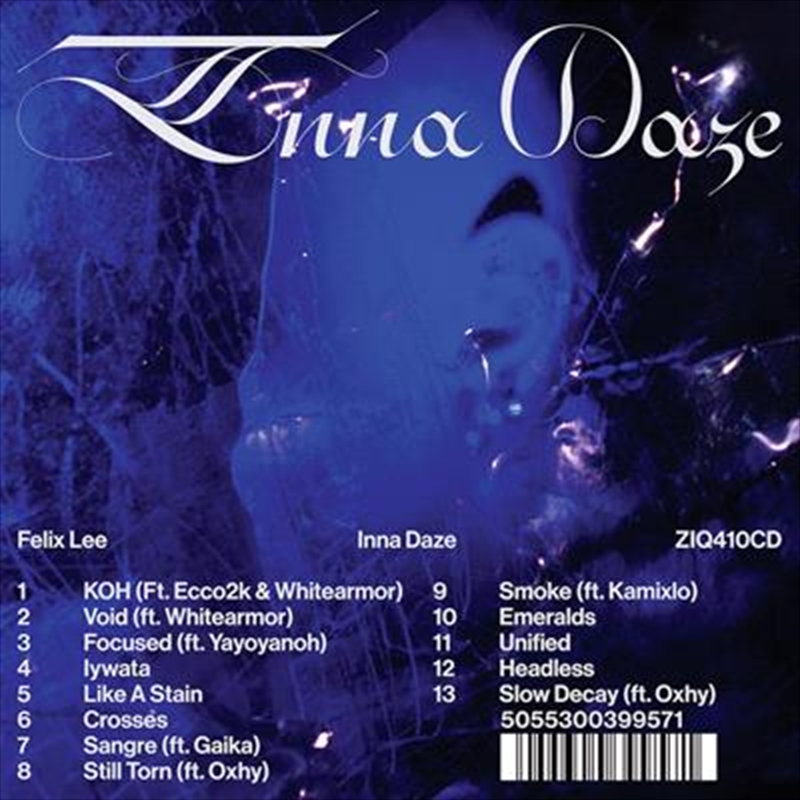 Felix Lee has created a world for his debut album "Inna Daze", a kind of post-human environment where the sun never really rises and everything is lit with a burnt out glow.

These are survival ballads for the near future, whose vocals, mutated to fit into this setting, drift in a haze of dissociation.

Musically, at first glance, it's sparse and minimal but with continued immersion, subtle iridescent-light shadows shimmer around grainy colour, sub bass rises through kicks and snares retooled from their surroundings, not so much refixed as decaying.

Felix has been here before in his incarnation as Lexxi, making his debut appearance on Total Freedom's 2012 "Blasting Voice" compilation, and as a co-producer on Elysia Crampton's "Demon City" album.